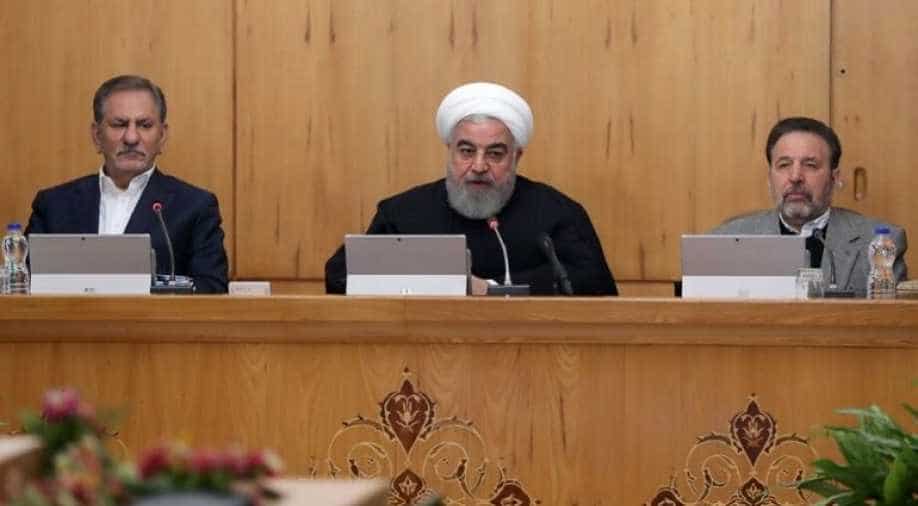 French Foreign Minister Jean-Yves Le Drian had Wednesday raised the possibility of triggering the mechanism, but Iran's foreign ministry disputed that this would be permissible.

Iran said Thursday that European parties to the 2015 nuclear deal could not trigger a dispute mechanism in the agreement that could lead to the reimposition of UN sanctions.

French Foreign Minister Jean-Yves Le Drian had Wednesday raised the possibility of triggering the mechanism, but Iran's foreign ministry disputed that this would be permissible.

The deal "does not allow the European parties to invoke the mechanism as Iran is exercising its legal right in response to the United States' illegal and unilateral actions," ministry spokesman Abbas Mousavi said, quoted by semi-official news agency ISNA.

The nuclear deal -- known formally as the Joint Comprehensive Plan of Action -- has been unravelling since May 2018 when the United States unilaterally withdrew from it and began reimposing sanctions on Iran.

The three European countries still party to the deal -- Britain, France and Germany -- have been trying to salvage it.

But their efforts have borne little fruit and one year after the US pullout Iran began retaliating by taking a series of steps to row back its commitments to the accord.

On Wednesday, Le Drian said that "every two months there is another notch (from Iran) to the extent that we are wondering today... about the implementation of the dispute resolution mechanism in the treaty".

"Given the succession of actions taken by the Iranian authorities, who are progressively at odds with the contents of the JCPOA, the question comes up," he added.

Iran's foreign ministry spokesman hit out at what he called the "irresponsible and unconstructive" remarks.

"It extremely discredits the effectiveness of political initiatives for the whole implementation of the JCPOA by all sides in line with the system of lifting sanctions," said Mousavi.