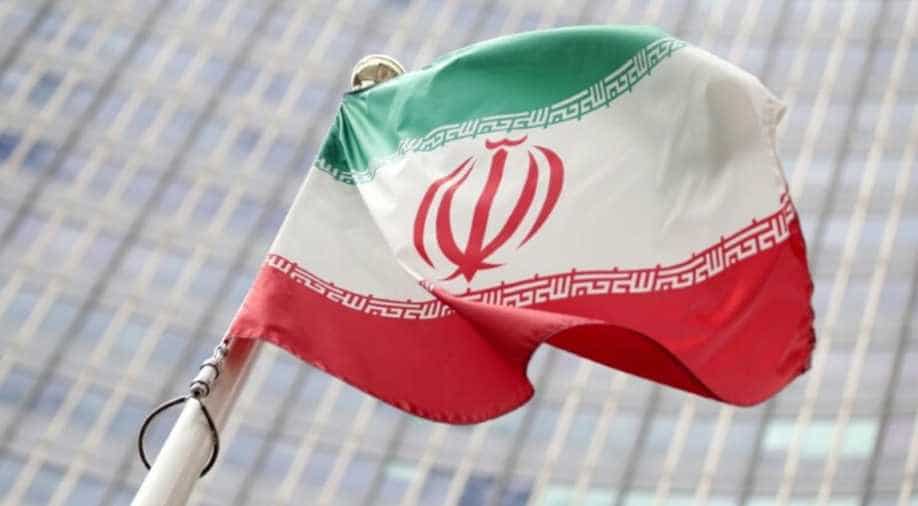 The steady drumbeat of attacks, which intelligence officials said were carried out by Israel, highlighted the seeming ease with which Israeli intelligence was able to reach deep inside Iran’s borders and repeatedly strike its most heavily guarded targets, often with the help of turncoat Iranians

In less than nine months, an assassin on a motorbike fatally shot an al-Qaida commander given refuge in Tehran, Iran’s chief nuclear scientist was machine-gunned on a country road, and two separate, mysterious explosions rocked a key Iranian nuclear facility in the desert, striking the heart of the country’s efforts to enrich uranium.

The steady drumbeat of attacks, which intelligence officials said were carried out by Israel, highlighted the seeming ease with which Israeli intelligence was able to reach deep inside Iran’s borders and repeatedly strike its most heavily guarded targets, often with the help of turncoat Iranians.

The attacks, the latest wave in more than two decades of sabotage and assassinations, have exposed embarrassing security lapses and left Iran’s leaders looking over their shoulders as they pursue negotiations with the Biden administration aimed at restoring the 2015 nuclear agreement.

The recriminations have been caustic.

Most alarming for Iran, Iranian officials and analysts said, was that the attacks revealed that Israel had an effective network of collaborators inside Iran and that Iran’s intelligence services had failed to find the moles.

“That the Israelis are effectively able to hit Iran inside in such a brazen way is hugely embarrassing and demonstrates a weakness that I think plays poorly inside Iran,” said Sanam Vakil, deputy director of the Middle East and North Africa Program at Chatham House.

The attacks have also cast a cloud of paranoia over a country that now sees foreign plots in every mishap.

Over the weekend, Iranian state television flashed a photograph of a man said to be Reza Karimi, 43, and accused him of being the “perpetrator of sabotage” in an explosion at the Natanz nuclear enrichment plant last month. But it was unclear who he was, whether he had acted alone and if that was even his real name. In any case, he had fled the country before the blast, Iran’s Intelligence Ministry said.

On Monday, after Iranian state news media reported that Brig. Gen. Mohammad Hosseinzadeh Hejazi, the deputy commander of the Quds Force, the foreign arm of the Revolutionary Guard, had died of heart disease, there were immediate suspicions of foul play.

Hejazi had long been a target of Israeli espionage, and the son of another prominent Quds Force commander insisted on Twitter that Hejazi’s death was “not cardiac-related.”

A Revolutionary Guard spokesman failed to clear the air with a statement saying the general had died of the combined effects of “extremely difficult assignments,” a recent COVID-19 infection and exposure to chemical weapons during the Iran-Iraq war.

The general would have been the third high-ranking Iranian military official to be assassinated in the last 15 months. The United States killed Gen. Qasem Soleimani, the leader of the Quds Force, in January 2020. Israel assassinated Mohsen Fakhrizadeh, Iran’s chief nuclear scientist and a brigadier general in the Revolutionary Guard, in November.

Even if Hejazi died of natural causes, the cumulative loss of three top generals was a significant blow.

The attacks represent an uptick in a long-running campaign by the intelligence services of Israel and the United States to subvert what they consider to be Iran’s threatening activities.

Chief among them are a nuclear program that Iran insists is peaceful, Iran’s investment in proxy militias across the Arab world, and its development of precision-guided missiles for Hezbollah, the militant movement in Lebanon.

An Israeli military intelligence document in 2019 said that Hejazi was a leading figure in the last two, as the commander of the Lebanese corps of the Quds Force and the leader of the guided missile project. Revolutionary Guard spokesman Ramezan Sharif said that Israel wanted to assassinate Hejazi.

Israel has been working to derail Iran’s nuclear program, which it considers a mortal threat, since it began. Israel is believed to have started assassinating key figures in the program in 2007, when a nuclear scientist at a uranium plant in Isfahan died in a mysterious gas leak.

In the years since, six other scientists and military officials said to be critical to Iran’s nuclear efforts have been assassinated. A seventh was wounded.

Another top Quds Force commander, Rostam Ghasemi, said recently that he had narrowly escaped an Israeli assassination attempt during a visit to Lebanon in March.

But assassination is just one tool in a campaign that operates on multiple levels and fronts.

In 2018, Israel carried out a daring nighttime raid to steal a half-ton of secret archives of Iran’s nuclear program from a warehouse in Tehran.

Israel has also reached around the world, tracking down equipment in other countries that is bound for Iran to destroy it, conceal transponders in its packaging or install explosive devices to be detonated after the gear has been installed inside of Iran, according to a former high-ranking U.S. intelligence official.

A former Israeli intelligence operative said that to compromise such equipment, she and another officer would drive by the factory and stage a crisis, such as a car accident or a heart attack, and the woman would appeal to the guards for help. That would get her enough access to the facility to identify its security system so that another team could break in and disable it, she said, speaking on condition of anonymity because she was not authorized to discuss covert operations.

In an interview on Iranian state television last week, Iran’s former nuclear chief revealed the origins of an explosion in the Natanz nuclear plant in July. The explosives had been sealed inside a heavy desk that had been placed in the plant months earlier, said Fereydoon Abbasi-Davani, the former chief of Iran’s Atomic Energy Organization.

The explosion ripped through a factory producing a new generation of centrifuges, setting back Iran’s nuclear enrichment program by months, officials said.

Alireza Zakani, head of parliament’s research center, said Tuesday that in another case machinery from a nuclear site had been sent abroad for repair and was returned to Iran with 300 pounds of explosives packed inside it.

Little is known about the more recent explosion at Natanz this month except that it destroyed the plant’s independent power system, which in turn destroyed thousands of centrifuges.

It would have been difficult for Israel to carry out these operations without inside help from Iranians, and that may be what rankles Iran most.

Security officials in Iran have prosecuted several Iranian citizens over the past decade, charging them with complicity in Israeli sabotage and assassination operations. The penalty is execution.

But the infiltrations have also sullied the reputation of the intelligence wing of the Revolutionary Guard, which is responsible for guarding nuclear sites and scientists.

A former Guard commander demanded a “cleansing” of the intelligence service, and Iran’s vice president, Eshaq Jahangiri, said that the unit responsible for security at Natanz should be “be held accountable for its failures.”

The deputy head of parliament, Amir-Hossein Ghazizadeh Hashemi, told the Iranian news media on Monday that it was no longer enough to blame Israel and the United States for such attacks. Iran needed to clean its own house.

As a publication affiliated with the Guard, Mashregh News, put it last week: “Why does the security of the nuclear facility act so irresponsibly that it gets hit twice from the same hole?”

But the Revolutionary Guard answers only to Iran’s supreme leader, Ayatollah Ali Khamenei, and so far there has been no sign of a top-down reshuffling.

After each attack, Iran has struggled to respond, sometimes claiming to have identified those responsible only after they had left the country or saying that they remained at large. Iranian officials also insist that they have foiled other attacks.

Calls for retaliation grow louder after each attack. Conservatives have accused the government of President Hassan Rouhani of weakness or of subjugating the country’s security to the nuclear talks in hopes they will lead to relief from U.S. sanctions.

Indeed, Iranian officials shifted to what they called “strategic patience” in the last year of the Trump administration, calculating that Israel sought to goad them into an open conflict that would eliminate the possibility of negotiations with a new Democratic administration.

Both Rouhani and Foreign Minister Mohammad Javad Zarif have said they would not allow the attacks to derail the negotiations because lifting sanctions was the priority.

It is also possible that Iran has tried to retaliate but failed.

Iran was blamed for a bomb that exploded near Israel’s Embassy in New Delhi in January, and 15 militants linked to Iran were arrested last month in Ethiopia for plotting to attack Israeli, American and Emirati targets.

But any overt retaliation risks an overwhelming Israeli response.

“They are not in a hurry to start a war,” said Talal Atrissi, a political science professor at the Lebanese University in Beirut. “Retaliation means war.”

Conversely, the timing of Israel’s latest attack on Natanz suggested that Israel sought if not to derail the talks, to at least weaken Iran’s bargaining power. Israel opposed the 2015 nuclear agreement and opposes its resurrection.

The United States, seeking to negotiate with Iran in Vienna, said it was not involved in the attack but has not publicly criticized it either.

And if the repeated Israeli attacks had the effect of fomenting a national paranoia, an intelligence official said, that was a side benefit for Israel. The additional steps Iran has taken to scan buildings for surveillance devices and plumb employees’ backgrounds to root out potential spies has slowed down the enrichment work, the official said.

The conventional wisdom is that neither side wants full-scale war and is counting on the other not to escalate. But at the same time, the covert, regionwide shadow war between Israel and Iran has intensified with Israeli airstrikes on Iranian-backed militias in Syria and tit for tat attacks on ships.

But as Iran faces a struggling economy, rampant COVID-19 infections and other problems of poor governance, the pressure is on to reach a new agreement soon to remove economic sanctions, said Vakil of Chatham House.

“These low-level, gray zone attacks reveal that the Islamic Republic urgently needs to get the JCPOA back into a box” to free up resources to address its other problems, she said, referring to the nuclear deal, formally called the Joint Comprehensive Plan of Action.