Iran is origin of threat to US missions in Iraq: Pompeo 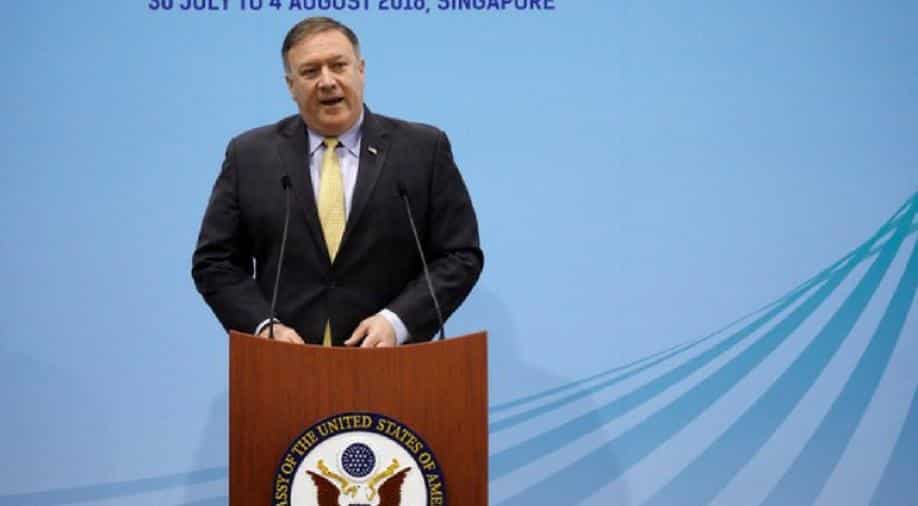 'Iran is the origin of the current threat to Americans in Iraq,' Pompeo told reporters at the State Department.

US Secretary of State Mike Pompeo blamed Iran on Wednesday for threats to American missions in Iraq and said the United States was terminating a treaty of amity with Tehran.

"Iran is the origin of the current threat to Americans in Iraq," Pompeo told reporters at the State Department. "Our intelligence in this regard is solid. We can see the hand of the Ayatollah and his henchmen supporting these attacks on the United States."

The United States announced on Friday it will effectively close its consulate in the Iraqi city of Basra and relocate diplomatic personnel assigned there following increasing threats from Iran and Iran-backed militia, including rocket fire.

The decision added to mounting tension between the United States and Iran, which is the target of increasing US economic sanctions.

On Wednesday, the World Court ordered the United States to ensure that sanctions against Iran, due to be tightened next month, do not affect humanitarian aid or civil aviation safety.

Judges at the International Court of Justice handed a victory to Tehran, which had argued that sanctions imposed since May by the administration of US President Donald Trump violate the terms of a 1955 Treaty of Amity between the two countries.

Washington responded by pulling out of the treaty, something Pompeo said should have been done decades ago.

"We're disappointed that the court failed to recognize that it has no jurisdiction to issue any order relating to these sanctions measures with the United States, which is doing its work on Iran to protect its own essential security interests," Pompeo said.

He said the United States would work to ensure it is providing humanitarian assistance to the Iranian people.