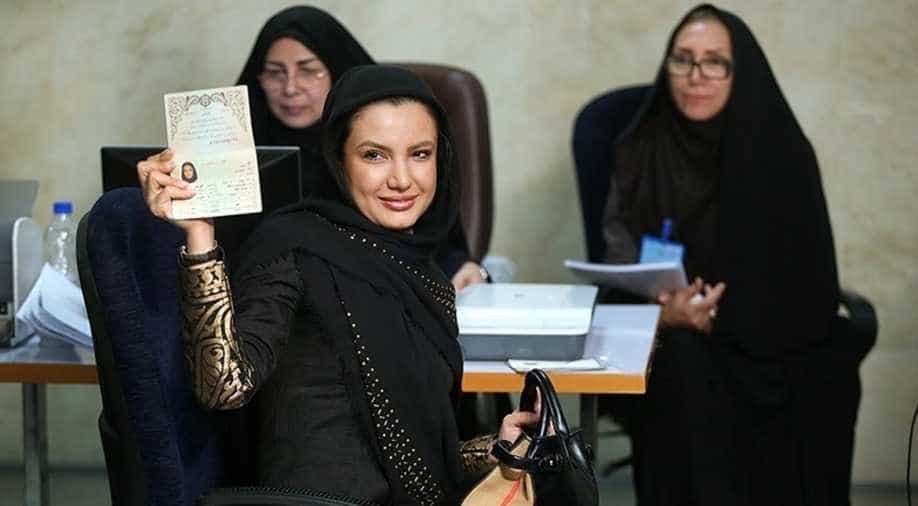 Now that President Hassan Rouhani has been reelected by a wide margin for another four-year term, it is crucial to ponder what his victory means for Iranian women Photograph:( Others )

The forthcoming presidential election in Iran has acquired more significance than ever before. This is particularly true in the context of the fast-changing political scenario in the world in general and West Asia in particular. While the author was in the middle of this essay, the news reached about the Tehran Mayor Mohammad Baquer Qalibaf withdrawing his candidature. This will result into an even sharper contest between Hassan Rouhani and Ebrahim Raisi. With the conservatives closing their ranks, Hasan Rouhani is likely to face a tough time.

The pace of reform which Rouhani had promised four years ago has frustrated even his core supporters; let alone fence-sitters who happen to constitute a big chunk of voters. The much hyped Rouhani-Zareef nuclear deal, it seemed, a few months back, would give Rouhani a second term. However, with the unanimous support of conservative parties to Ebrahimi Raisi, who is also likely to succeed to the position of the Supreme leader too in the event of any vacancy – the ground seemed to slip from under the feet of Rouhani.

Besides, Raisi has been the caretaker of Aastan Quds e Razavi, one of the richest trusts of the world,  Mashhad, which houses the mausoleum of the eighth Shia imam Ali Reza and, on more than one occasion, has given loans to the Iranian government to overcome an economic crisis.

Another significant factor which might turn the table on Rouhani is the ‘Syed’ background of Raisi who wears a black turban as against Rouhani’s non-‘Syed’ background which makes him wear a white turban. A ‘Syed’ is one who claims to be the descendants of the prophet and his family. Despite a majority of Iranian claiming non-Syed’ origin, the very presence of ‘Syed’ has the potential of stealing the show. Hence, to undermine the chances of Raisi’s win, which majority of the columnists predict, should be taken with a pinch of salt.

Armed with a reformist agenda and the confidence of bailing out Iran from economic sanctions, Hassan Rouhani has been lately crossing the red line, and making frontal attacks on the Revolutionary guards, military establishment and Basij. Rouhani said in some of the election meetings that “words like freedom and reform have no meaning when it comes out from the mouth of those who know nothing except gallows and sewing of tongue”. This is in reference to Ebrahim Raisi's image as a hanging judge who had a record of sending dissidents to the gallows. It will be hard to deny that Iran has moved along a path of an irreversible reform process and the very image of Ebrahim Raisi is likely to mar his candidature.

In 2009 election, the author of this piece witnessed this kind of aggressive campaign between Mir Husain Moosvi and Mahmood Ahmadinejad on the streets of Tehran, Qum and Mashhad. To score points over Ahmadinejad, Mir Husain Moosvi coined the slogan “Yak ya Husain ta Mir Husain” meaning “from one Husain to another one”, which backfired.

The result of the election in all likelihood will prove to be a referendum on the nuclear deal. The change of guard at Washington and the subsequent threats dished out to Iran on a weekly basis from the Trump administration has given an upper hand to the conservatives. Apart from the nuclear deal, the other crucial issue at the core of the election campaign is the fast-changing West Asian politics.

The ongoing war in Syria, Iraq, Yemen and perpetual tension with Saudi Arabia has increased the Shia-Sunni divide like never before. How successfully Rouhani and Zareef disengage Iran from the quagmire of West Asia is to be seen in the event of their victory. Mahmud Ahmadinejad, the former president, who withdrew his candidature in compliance of the order of the Supreme leader, had said that Iran must review its policy in Syria and West Asia and try to solve the crisis.

Lastly, one important component influencing the election has been the ‘Bazaar’ and the gossip and discourse taking place therein. Several types of researches on the pre and post-revolutionary Iran has underlined the all-pervasive role of ‘Bazaar’; in most of the towns of Iran, the ‘Bazaar’ people decide the drift of the political discourse.

Last year, I talked to many people in Bazaars of Mashhad, Qum and Tehran and came to the conclusion that many of those who have not seen the benefits following the easing of the sanction, is of the opinion that Iran has sacrificed too much to get too little. Particularly, the lower middle-class people and those from the countryside, who have a firm belief on Velayat e Faqih (the rule of the jurist) as a matter of Shia Twelver creed, ask the following question “were Ayatollah Khomeini alive, what would he have done; supported the US intervention in Iraq and Afghanistan? supported or opposed Bashar al-Assad or succumbed to signing the nuclear deal?”. The reformists, who are now facing stiff competition, are of the view that in the given circumstances, the deal gave the best bargain for Iran and in the future, rather than confrontation, cooperation with the western powers would solve most of the economic problems of Iran.

The next challenge for the winner would be to balance the dominating influence of Israel in the region. What kind of policy Iran pursue vis-à-vis Hamas under Ismael Haniyah and Hezbollah will have to be keenly watched by the West Asian experts.

One point which could not be ignored, and which has also been substantiated by a WikiLeaks document is when a Saudi diplomat was heard speaking to an American diplomat that “you cannot match the perseverance of a nation whose carpet weaver dedicate around ten years of their life in weaving a single carpet”. Hence, it is better to cut off the “head of the serpent”, rather than allowing them to go for negotiation. It is for time to tell, who among Raisi or Rouhani successfully executes Iranian diplomacy to prevent the cutting off of the proverbial “head of the serpent”. This election is all about this. 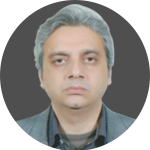