Iran designates all US forces as 'terrorists' for killing general Soleimani 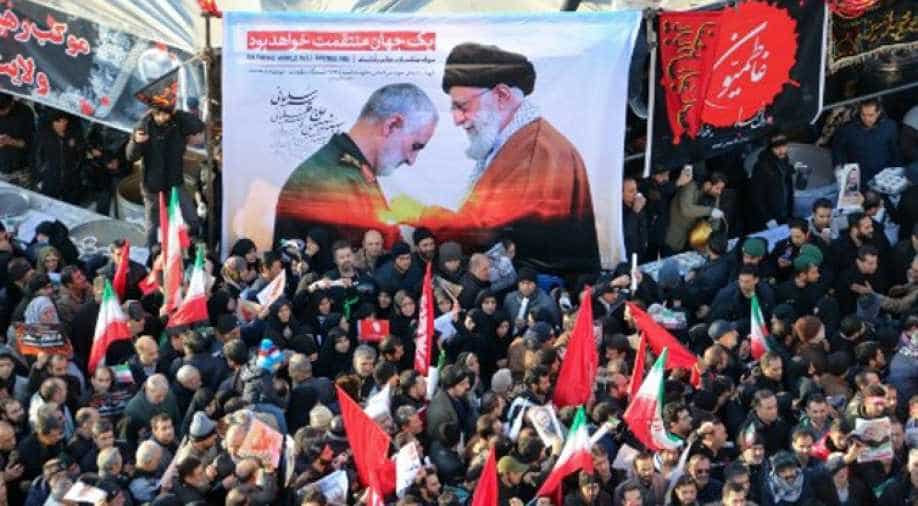 According to the bill, Iran designated US troops and the Pentagon as 'terrorists' including 'affiliated organisations, agents and commanders and those who ordered the martyrdom" of Soleimani."

Iran's Parliament on Tuesday designated all US forces as "terrorists" for killing General Solemani whose funeral service is underway currently in his hometown Kerman.

"Any aid to these forces, including military, intelligence, financial, technical, service or logistical, will be considered as cooperation in a terrorist act," the Parliament said.

According to the bill, Iran designated US troops and the Pentagon as "terrorists" including "affiliated organisations, agents and commanders and those who ordered the "martyrdom" of Soleimani."

In Pics: Crazy Trump, don't think that everything is over with my father's martyrdom, says Soleimani's daughter

The US President had said on Monday that if Iran strikes, US forces will strike back "perhaps in a disproportionate manner" as tensions escalated between Iran and the US.

Trump added that the US has spent "two trillion dollars" on military equipment and if Iran attacks an American base then "we will be sending some of that brand new beautiful equipment their way, without hesitation".

On Tuesday, defence secretary Mark Esper dismissed reports which indicated that US troops would be pulling out of Iraq.

In a leaked letter, bearing the name of US General William Seely, said that "CJTF-OIR will be repositioning forces over the course of the coming days and weeks to prepare for onward movement," adding, "We respect your sovereign decision to order our departure."

Pentagon Joint Chiefs Chairman Mark Milley was, however, quick to add that the letter was just a "draft" which was "poorly worded".  Milley called it an "honest mistake".

"This was a mistake," Milley said. "It shouldn't have been sent."