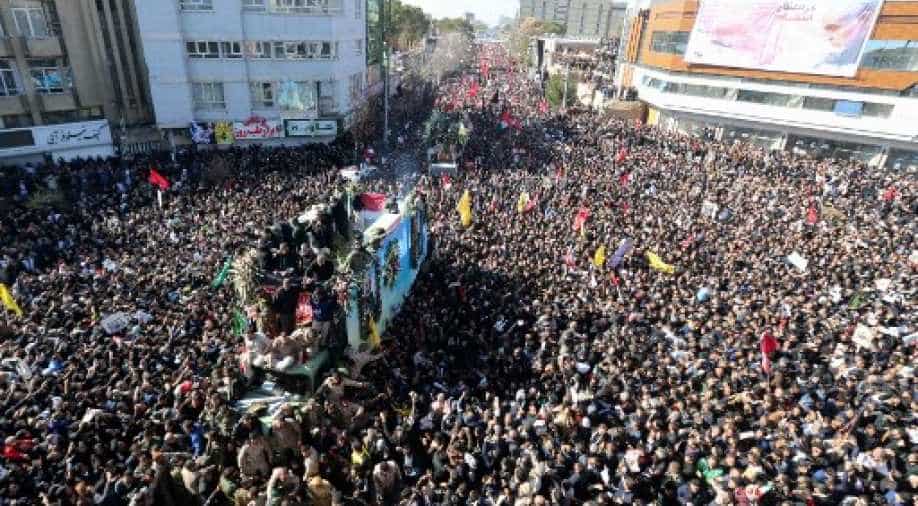 Earlier, Soleimani's body was taken through the streets of Iran's northeastern city of Qom as thousands mourned his death.

Iran state TV reported a stampede at Kerman, where hundreds of thousands of mourners have gathered for the burial of the Iran military commander Qasem Suleimani.

The exact toll is unconfirmed but emergency officials confirmed that there had been deaths, the report added.

Soleimani is being laid to rest in Kerman, with millions already estimated to have packed the streets for funeral processions. 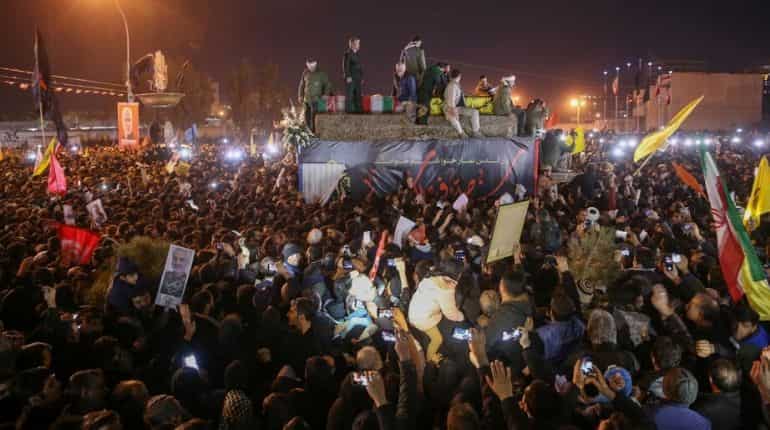 People converged from across the region on Kerman’s Azadi Square, where two flag-draped coffins were on display, with the second reportedly containing the remains of Suleimani’s closest aide, Brig Gen Hossein Pourjafari.

Soleimani's killing has raised fears of a conflict between the US and Iran.

Soleimani was widely considered the second most powerful man in Iran behind Supreme Leader Khamenei. The US saw him as a terrorist and a threat to American troops.

Earlier, Soleimani's body was taken through the streets of Iran's northeastern city of Qom as thousands mourned his death. Iranians had gathered in huge numbers in other cities including Tehran, Mashhad and Ahvaz.

The new head of Iran's Quds force Esmail Qaani had vowed on Monday to expel the United States from the region.

"We promise to continue martyr Soleimani's path with the same force...and the only compensation for us would be to remove America from the region," Qaani told Iran's state television.

Even as the funeral procession was underway, Iran's Parliament on Tuesday designated all US forces as "terrorists" for killing General Solemani.

"Any aid to these forces, including military, intelligence, financial, technical, service or logistical, will be considered as cooperation in a terrorist act," the Parliament said.

According to the bill, Iran designated US troops and the Pentagon as "terrorists" including "affiliated organisations, agents and commanders and those who ordered the "martyrdom" of Soleimani."

Meanwhile, US defence secretary Mark Esper dismissed reports on Tuesday which suggested that American troops were set to pullout from Iraq.

"There's been no decision whatsoever to leave Iraq," Esper said.

In the leaked letter Brigadier General William Seely was seen to be indicating US troop pullout from Iraq.

"In deference to the sovereignty of the Republic of Iraq, and as requested by the Iraqi Parliament and the Prime Minister, CJTF-OIR will be repositioning forces over the course of the coming days and weeks to prepare for onward movement," William Seely wrote in the letter.

However, Esper said, "I don't know what that letter is ... We're trying to find out where that's coming from, what that is. But there's been no decision made to leave Iraq. Period."