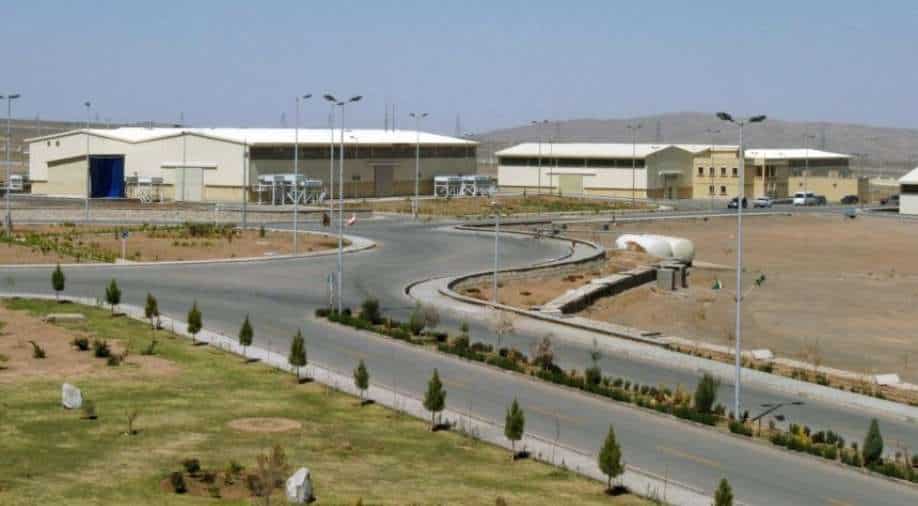 Tehran has recently accelerated its breaches of the deal, raising pressure on U.S. President Joe Biden as both sides say they are willing to come back into compliance with the badly eroded agreement if the other side moves first.

Iran has deepened a key breach of its 2015 nuclear deal, enriching uranium with a larger number of advanced centrifuge machines in an underground plant as it faces off with the new U.S. administration on salvaging the accord.

Tehran has recently accelerated its breaches of the deal, raising pressure on U.S. President Joe Biden as both sides say they are willing to come back into compliance with the badly eroded agreement if the other side moves first.

Iran began its breaches in 2019 in response to Washington`s withdrawal in 2018 under then-President Donald Trump and the reimposition of U.S. economic sanctions against Tehran that were lifted under the deal.

The accord says Iran can refine uranium only at its main enrichment site - an underground plant at Natanz - with first-generation IR-1 centrifuges. Last year Iran began enriching there with a cascade, or cluster, of much more efficient IR-2m machines and in December said it would install three more.

"Iran has completed the installation of one of these three cascades, containing 174 IR-2m centrifuges, and, on 30 January 2021, Iran began feeding the cascade with UF6," the International Atomic Energy Agency said in a report obtained by Reuters on Tuesday, referring to uranium hexafluoride feedstock.

The IAEA later confirmed that the Islamic Republic had started enriching with the second cascade.

Tehran is also pressing ahead with the installation of more advanced centrifuges, the report indicated. Of the remaining two cascades of IR-2m machines, installation of one had begun while the other`s installation was "nearing completion", it said.

Iran`s ambassador to the IAEA, Kazem Gharibabadi, said on Twitter Tehran had also started installing IR-6 centrifuges at Fordow, a site dug into a mountain where Iran has begun enriching uranium to the 20% purity it last achieved before the 2015 deal. The IAEA report made no mention of that.

Earlier on Tuesday Israel`s energy minister said it would now take Iran about six months to produce enough fissile material for one nuclear weapon, a timeline almost twice as long as that anticipated by a senior Biden administration official.

Iran denies any intent to weaponise enrichment. The nuclear deal sets a limit of 3.67% enrichment purity, suitable for producing civilian nuclear energy and far below the 90% that is weapons-grade.