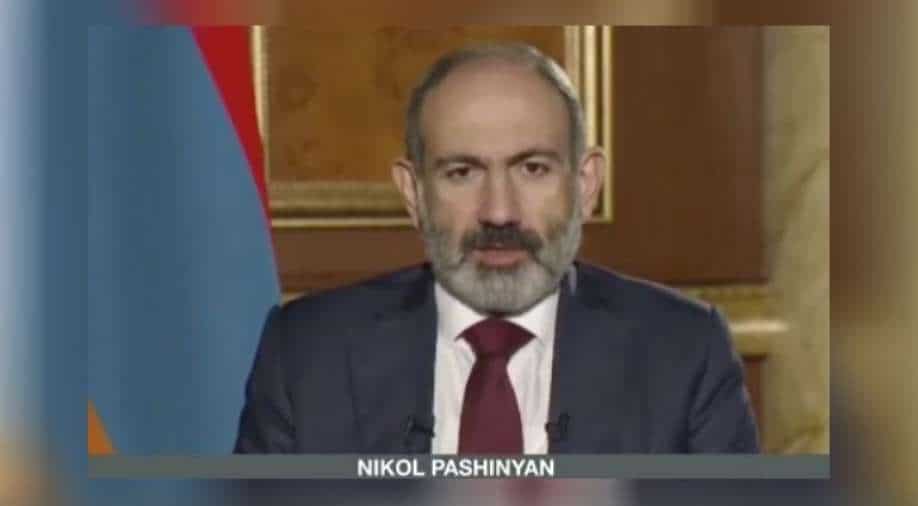 Armenia and Azerbaijan have repeatedly accused each other of swiftly and seriously violating the terms of two Russia-brokered ceasefires in Nagorno-Karabakh -- even as they continue to fight in what is being termed as the deadliest fighting in the mountain enclave for over a quarter of a century.

Armenian Prime Minister Nikol Pashinyan Saturday said he saw no diplomatic resolution of the conflict at this stage, but hoped the international community, including India, would acknowledge the existential threat his country is currently facing.

"I expect of India as I do of the international community -- to acknowledge that Turkey organised the mobilisation of mercenaries and terrorists to the conflict zone, and that without Turkey this war would not have been initiated; to acknowledge that the Armenians are facing an existential threat, and that a remedial secession is required to find a solution," Pashinyan told WION in an exclusive conversation.

Differences over the conflict have further strained relations between Turkey and its NATO allies. Ankara, however, has denied it has inflamed the conflict.

Two major Russia-brokered truces had failed when the United States stepped up diplomatic efforts to try to end the fighting.

In Washington, US Secretary of State Mike Pompeo met separately with the foreign ministers of Azerbaijan and Armenia in a new attempt.

But Pashinyan said it would have been better had US supported Russia in its efforts -- and separate talks were not initiated.

"Russia is not directly engaged in the war. It is engaged as a mediator from the OSCE group. I think the group should bring together their efforts and not initiate separate talks. They should support Russia for it has more access to the region, and it is present in the region," he said.

Russia, France and the United States belong to the Minsk Group, which has attempted to help resolve the conflict under the umbrella of the Organisation for Security and Cooperation in Europe (OSCE).

About 30,000 people were killed in a 1991-94 war over Nagorno-Karabakh. Armenians regard the enclave as part of their historic homeland; Azeris consider it illegally occupied land that must be returned to their control.

The collapse of two Russia-brokered ceasefires have dimmed the prospect of a quick end to fighting that broke out on September 27 over Nagorno-Karabakh.