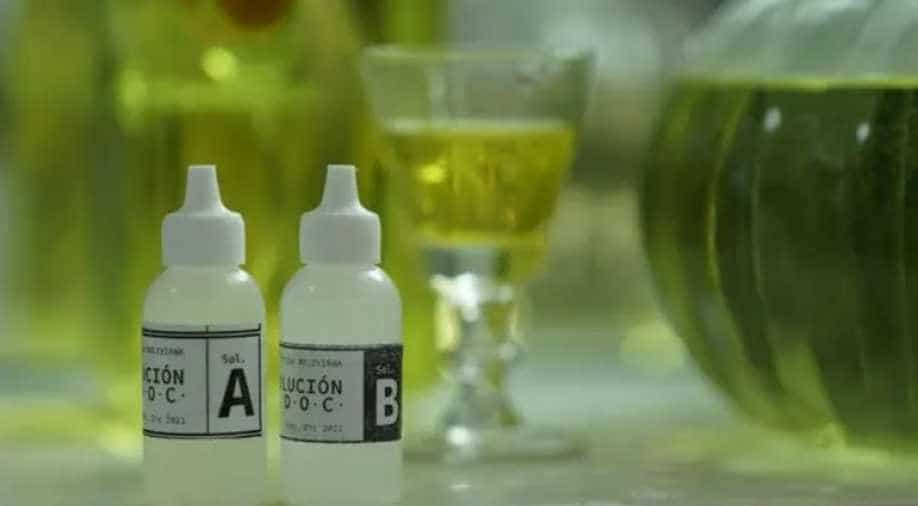 People are buying industrial bleach from the online retail website Amazon hoping it will act as an antidote against the novel coronavirus.

The novel coroanvirus has taken over the world and people are waiting for a vaccine while the countries are rushing to be the first one to roll out the vaccine.

However, some people have decided to not to wait for the vaccine and instead use the 'miracle cure' without realising that not only will it have zero effect on the virus, but it poses life-threatening dangers to a human body.

People are buying industrial bleach from the online retail website Amazon hoping it will act as an antidote against the novel coronavirus.

The US Food and Drug Administration (FDA) has already issued multiple warnings proving that drinking the fluid can kill humans.

According to a Guardian report, substances with chlorine dioxide solutions are being sold on Amazon under the brand name CD Kit and NatriChlor. These products are being marketed on the platform as "water treatment" and are being sold with a warning of “not marketed for internal use”.

However, the comments/reviews under these products are filled with numerous stories and experiences where people are claiming to have used certain amount to "disinfect" themselves.

The notion of drinking bleach to cure coronavirus started after the US President Donald Trump passed an irresponsible comment during one of his interactions in April that injection one with disinfectants can help cure coronavirus. This led to mass disruption as hospitals reported cases of people who drank bleach and other disinfectants to save themselves.

The products have ben spotted on the platform after Amazon vowed to take down any such products with false advertising or that will be caught spreading misinformation.

As per the Guardian report, the American Association of Poison Control Centers has recorded more than 16,000 cases of chlorine dioxide poisoning, including 2,500 cases of children under 12.

The products is being sold under the company name of  Keavy’s Corner, an online shop based in Lake Placid, Florida. The owner of Keavy’s Corner, Steve Pardee, claims he has no knowledge of any such happenings and the product was put on Amazon for cleaning of cleaning dog kennels and equine use.  “I have never advocated human consumption. My listings for all these items have included links to FDA warnings since 2013,” he told Guardian.

“I have never advocated human consumption. My listings for all these items have included links to FDA warnings since 2013,” he added.