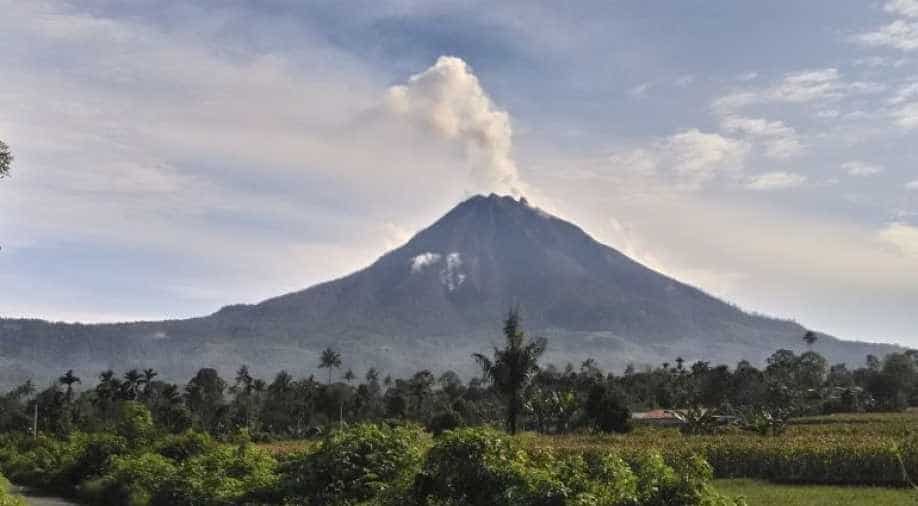 Mount Sinabung roared back to life in 2010 for the first time in 400 years. Image via Wikimedia Commons. Photograph:( Others )

A cloud of ash went up in the air, as high as 3 miles, when Indonesia's Mount Sinabung erupted earlier today.

The 'active volcano' was seen spewing ash up to 4.6 kilometres into the sky.

Western Indonesian regions and Sumatra island have been put on high alert.

Locals have been urged to stay alert and keep at least 3-7 kilometres away from the regions marked under danger zone.

Indonesia is home to close to 90 percent of the world's seismic activity housing nearly 130 active volcanoes.

Mount Sinabung roared back to life in 2010 for the first time in 400 years.

"After another period of inactivity , it erupted once more in 2013, and has remained highly active since," AFP reported.