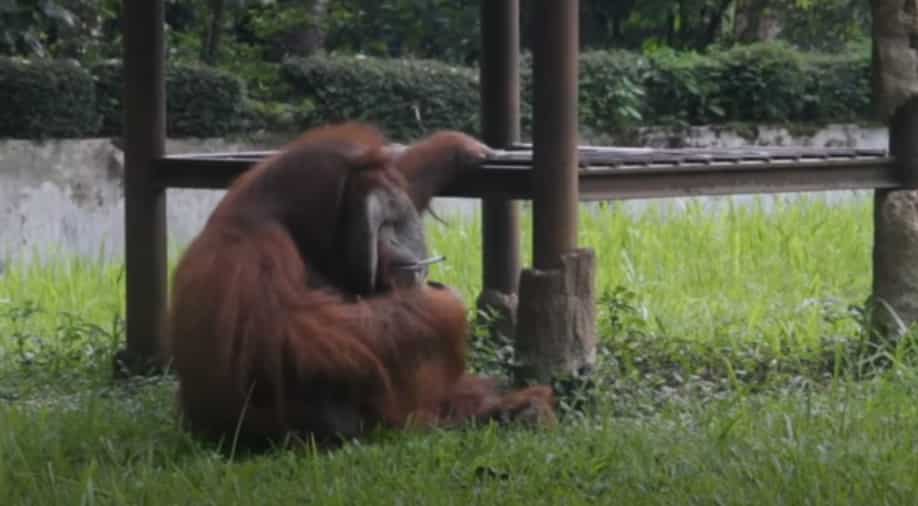 Indonesia can now add a smoking orangutan to its roster of nicotine addicts.

A video taken on Sunday shows the beast picking up a cigarette butt that was flicked into its zoo enclosure by a visitor and then puffing away on it like a pro.

The images of 22-year-old Bornean orangutan Ozon at the zoo in Bandung, about 150 kilometres (93 miles) southeast of Jakarta, promptly went viral.

This, not the first that a zoo orangutan has been caught sneaking a smoke in Indonesia, which has an abysmal record of animal protection and one of the world's highest smoking rates.

In 2012 a great ape at another zoo became a nicotine addict after picking up butts and had to be forced to quit cold turkey.

A Bandung zoo spokesman on Wednesday said that while the incident was regrettable, it has the staff to guard the animal enclosures.

But the officer responsible may have been in the bathroom at the time, he added.

"There's actually a sign at the location which says visitors are not allowed to give food and cigarettes to the animals," said spokesman Sulhan, who like many Indonesians goes by one name.

Animal activists condemned the visitor's actions but said it underlined the poor state of Indonesia's zoos.

"But the root of the problem is that we do not have animal welfare standards at zoos. Almost all zoos are in poor condition... from the cages and feeding needs to the animals' health."

Last year, activists demanded the closure of Bandung zoo after skeletal sun bears were pictured begging for food from visitors and eating their own dung.