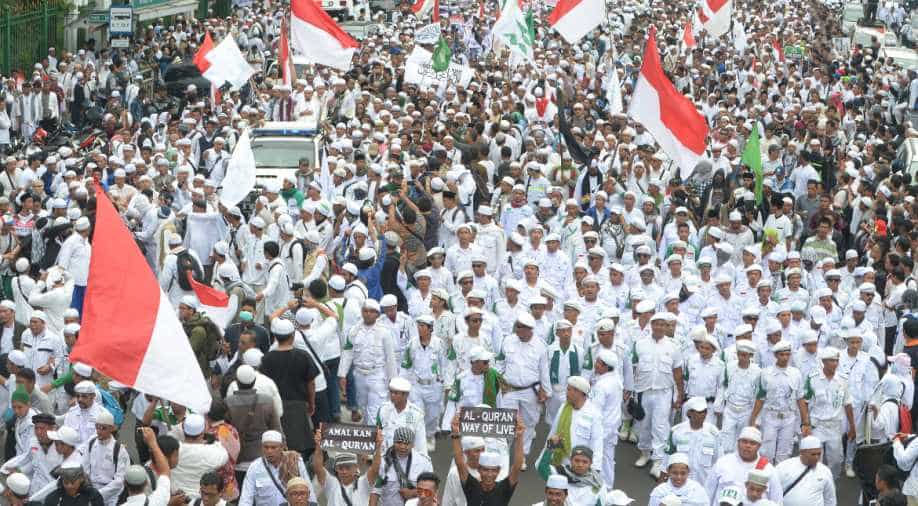 Some foreign embassies warned their citizens to remain cautious and steer clear of the demonstrations. Photograph:( AFP )

A massive demonstration by tens of thousands of Indonesian Muslim protesters on Friday, against Jakarta's governor, turned violent as hardliners burned police cars and officers were injured in clashes.

The police fired tear gas and water cannon to disperse the crowds in front of the Presidential Palace demanding the resignation of the Christian governor, who they claim had insulted the Koran, the holy book of Muslims.

The protesters accused Basuki Tjahja Purnama, a Christian and the first ethnic Chinese politician to hold the post of governor in the capital, of blasphemy. Purnama had said his opponents had deceived voters by attacking him using a verse from the Koran.

"He is not Muslim but he humiliated the Koran," protester Muhammad Said told Reuters. "Don't refer to anything in the Koran, especially interpreting it incorrectly ... I call on God to jail him."

The governor apologised for the remarks, but the group leading the protest, the Islamic Defenders Front, have called for Purnama to be jailed for blasphemy. The group promised that Friday's turnout would eclipse a similar rally last month that drew 10,000 people to the streets.

Some foreign embassies warned their citizens to remain cautious and steer clear of the demonstrations. There were smaller protests against the governor in other cities including Surabaya, Makassar and Medan.