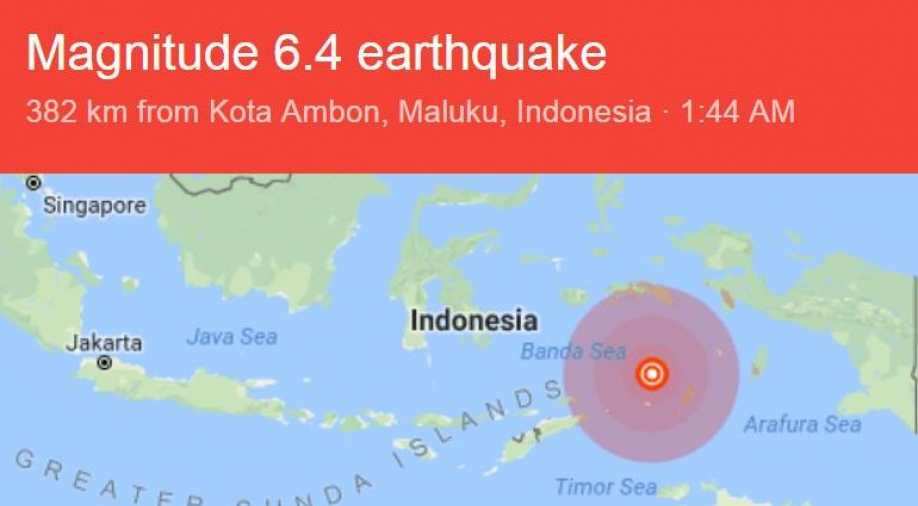 A similar 6.1-magnitude quake hit close to Monday's epicentre on 26 February and caused no damage. Photograph:( Others )

The epicentre of the quake was located in a sparsely inhabited part of the Banda Sea, 380 kilometres from Ambon, the capital of Maluku province.

No loss of life or property has been reported so far.

"The tremor was felt mildly for two to three seconds by the locals, there was no panic and no tsunami threat," disaster mitigation agency spokesman Sutopo Purwo Nugroho told AFP.

A similar 6.1-magnitude quake hit close to Monday's epicentre on 26 February and caused no damage.

Indonesia sits on the so-called Pacific Ring of Fire, a seismic activity hotspot and is frequently hit by quakes, most of them harmless.