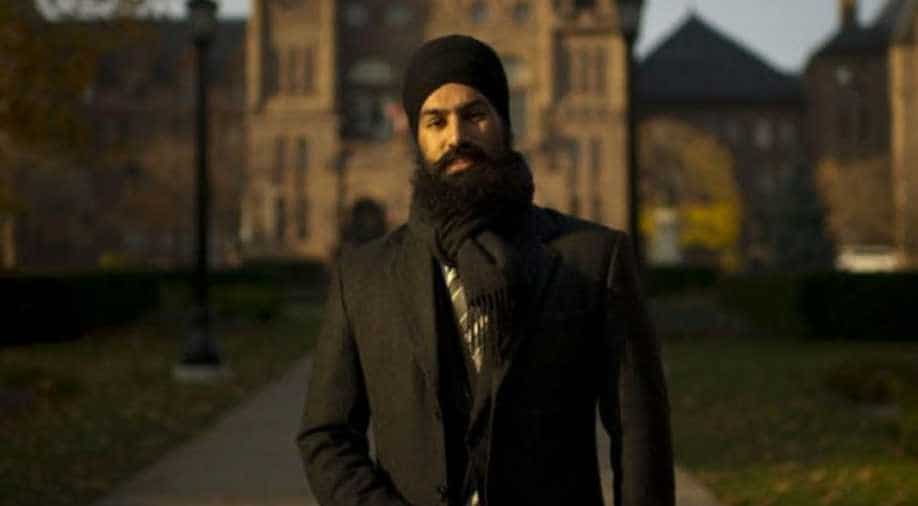 A Sikh, Jagmeet Singh, has been elected to lead Canada's left-leaning New Democrats, becoming the first non-white politician to head a major political party there.

The 38-year-old Ontario provincial lawmaker was elected on the first ballot to lead the New Democratic Party (NDP) into the 2019 federal election against Prime Minister Justin Trudeau's Liberals.

Singh secured 54 per cent of the vote, defeating three rivals, succeeding Thomas Mulcair to become the new head of the NDP.

The results of the vote conducted online and by mail, were announced at a party meeting in Toronto.

Trudeau congratulated his new political rival on Twitter on Sunday, saying, "I look forward to speaking soon and working together for Canadians."

Congratulations @theJagmeetSingh – I look forward to speaking soon and working together for Canadians.

Singh's penchant for colourful turbans and tailor-made three-piece suits made him a social media star. Singh's profile was boosted early last month after a video went viral showing him calmly responding with words of love to a heckler who interrupted a campaign event to accuse him of wanting to impose Shariah law in Canada.

The NDP is the third largest party in the federal parliament, with 44 of 338 seats.