In Arizona 2020 election review, risks for Republicans, and Democracy 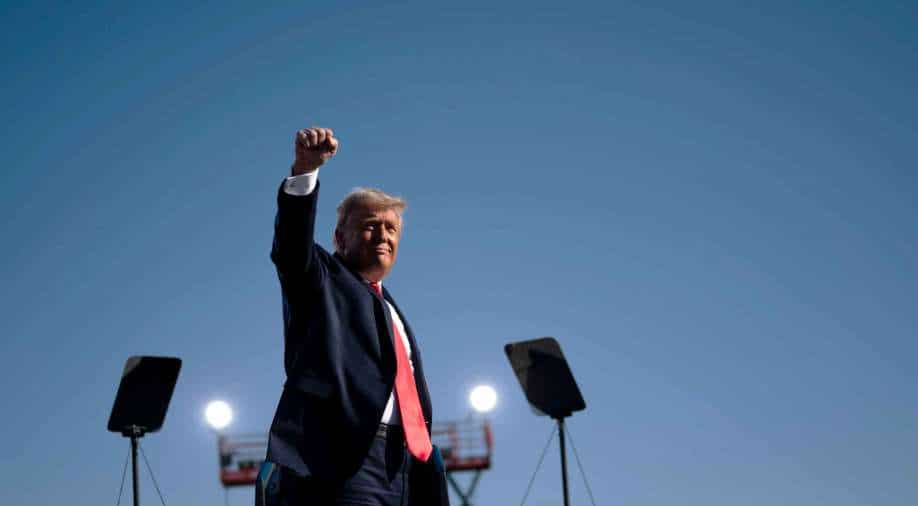 Now in its seventh week, the review of 2.1 million votes in Arizona’s most populous county has ballooned not just into a national political spectacle, but also a political windsock for the Republican Party

Rob Goins is 57, a former Marine and a lifelong Republican in a right-leaning jigsaw of golf courses, strip malls and gated retirement communities pieced together in the Arizona desert. But ask about the Republican-backed review of Joe Biden’s 2020 election victory here in Maricopa County, and Goins rejects the party line.

“There’s a lot of folks out there trying to make something out of nothing,” he said recently as he loaded purchases into his vehicle outside a Home Depot. “I don’t think there was any fraud. My opinion of this is that it’s a big lie.”

Goins is flesh-and-blood evidence of what political analysts here are all but shouting: The Republican-led state Senate’s autopsy of the 2020 vote, broadly seen as a shambolic, partisan effort to nurse grievances about Donald Trump’s loss here in November, risks driving away some of the very people the party needs to win statewide elections in 2022.

That Arizona Republicans are ignoring that message — and that Republicans in other states are now trying to mount their own Arizona-style audits — raises worrisome questions not just about their strategy, but about its impact on an American democracy facing fundamental threats.

Now in its seventh week, the review of 2.1 million votes in Arizona’s most populous county has ballooned not just into a national political spectacle, but also a political windsock for the Republican Party — an early test of how its renewed subservience to Trump would play with voters.

The returns to date are not encouraging for the party. A late-May poll of 400 Arizonans by the respected consulting firm HighGround Inc. found that more than 55% of respondents opposed the vote review, most of them strongly. Fewer than 41% approved of it. By about 45% to 33%, respondents said they were less likely — much less, most said — to vote for a Republican candidate who supported the review.

The review itself, troubled by procedural blunders and defections, has largely sacrificed any claim to impartiality. The Pennsylvania computer forensics firm that was conducting the hand recount of ballots quit without a clear explanation this month, adding further chaos to a count that election authorities and other critics say has been making up its rules as it went along.

“If they were voting on it again today, they would have withheld doing this, because it’s been nothing but a headache,” Jim Kolbe, a Republican congressman from southeast Arizona from 1985 to 2003, said of the Republican state senators who are backing the review. “It’s a black mark on Arizona’s reputation.”

Instead, the Republicans in the Arizona Senate have doubled down. And as the review’s notoriety has grown, pro-Trump Republicans in other states like Wisconsin and Pennsylvania have begun to promote their own plans to investigate the November vote, even though — as in Arizona — elections in those states have been certified as accurate and free from any fraud that could have affected the outcome.

The sudden interest in exhuming the November election is explained by another number from the poll in Arizona: While only about 41% of all 400 respondents said they supported the Maricopa audit, almost 77% of Republican respondents did.

Among the Trump supporters who dominate the Republican Party, skepticism about the election results, fueled almost entirely by Trump’s lies, remains unshaken, and catering to it is politically profitable.

Leslie Minkus, 77, is a business consultant in Chandler, another Republican stronghold just southeast of Phoenix. His wife, Phyllis, serves on the local Republican legislative district committee. “The majority of voters here in Arizona know that this election was stolen,” he said in an interview. “It’s pretty obvious that our alleged president is not more popular than previous presidents, and still wound up getting a majority of the vote.”

Opposition to the review by Democrats and some Republicans — including the Republican-run county board of supervisors and the Republican who is the chief county election officer — only shows that they have something to hide, Minkus added. And as for previous checks of ballots and voting equipment that showed no sign of fraud, he said, “I don’t think anybody would agree that the audits done in the past were independent.”

In conversations with a range of Phoenix-area residents, many who supported the review were more equivocal than Minkus.

“I think there was fraud going on. I mean, every election, there’s fraud,” said Eric Fauls, a 56-year-old California expatriate who moved to a golfing community in Surprise three years ago. “California — it was really bad — but I mean, California is never going to go Republican. With a swing state, it’s really important, so I think it’s worth doing an audit.”

Still, he said, “I don’t know if there’s enough evidence either way to make it legitimate.”

Most of the review's critics, on the other hand, left little doubt of their feelings.

“It’s a threat to our democracy. I think there’s no doubt about that,” said Dan Harlan, a defense-industry employee who changed his lifelong Republican registration to Democrat last year so he could help pick Trump’s opponent. “This audit is being conducted because the Republican Party refuses to look at long-term demographics and realize they can no longer be the party of the white male. And they’re doing everything they can to maintain power.

“It’s not about democracy; it’s about winning,” he said. “And when any organization becomes more concerned with maintaining itself, losing its core values is no longer important.”

Jane Davis, an 89-year-old retired nurse, was a Republican for 40 years before she re-registered as an independent and voted last year for Biden. The state Senate Republicans have backed an audit, she said, “to cause problems.”

“I think it’s ridiculous, and I object to their spending any taxpayer money” on the review, she said.

Chuck Coughlin, the Phoenix pollster who conducted the Arizona survey, said people like the Minkuses were in firm control of the state Republican Party in no small part because they are the ones who vote. Four in five Republican primary-election voters, he said, are 50 or older.

By itself, that white-hot core is not large enough to wield power in statewide elections, Coughlin said. But it is plenty large enough to advance Trump’s narrative of a corrupt elite that is stealing power from the nation’s true patriots, particularly when it is stoked by politicians.

“Historically on these big issues, you have a lively public discussion and then it goes away; the issue moves on to something else,” he said. “But this is an issue that we’re dwelling on because it’s to Trump’s advantage that the party continues to dwell on it — on his loss, and his victimhood and his identity.

“I feel legitimately bad for these people that they’re so wounded that they are willing to take their party and a heretofore vibrant democracy down with it.”

Indeed, some elections experts say that’s why the politics of the "audit," as extravagantly flawed as it is, may be more complex than meets the eye. If it is about winning elections and building a majority, it looks like a political loser. If it’s about permanent grievance and undermining faith in the democratic system for political gain, maybe not.

Karen Fann, the Arizona Senate president, and other Republicans have insisted that their election review is not intended to contest Biden’s victory in the 2020 election, but to address voters’ concerns that the election had been stolen. In practice, those experts say, the review keeps the stolen-election narrative front and center in the state’s politics, slowly eroding faith in representative government.

“The problem is that Americans have a real lack of trust in institutions these days,” said William Mishler, a longtime expert on democratic institutions at the University of Arizona. And even many who regard the Arizona election review as a discredited, amateur exercise “fear the mischief that’s likely to come out of this in the form of some further undermining of confidence in the election outcome.”

Thomas E. Mann, a senior fellow at the Brookings Institution and a longtime student of the U.S. political system, said the Arizona election review highlighted a seismic shift in the rules of American democracy. In years past, political parties were forces for moderation, trying to appeal to as many voters as possible. Now, he said, one of the two major parties was taking precisely the opposite tack.

“We’ve had crazies in public life before,” he said. “We’ve had demagogues speaking out and sometimes winning high office. The difference this time is that they’re being encouraged rather than constrained by party and election officials.” Without some check on radicalism, he said, “our whole system breaks down.”

That said, election inquiries only count votes. Mishler, Mann and Kolbe, the former representative, all said that a more imminent threat to democracy was what they called an effort by some Republicans to disregard votes entirely. They cited changes in state laws that could make challenging or nullifying election results easier, and a burst of candidacies by stolen-election advocates for crucial election posts such as secretary of state offices.

Arizona is among the latter. The race to replace Katie Hobbs, the Democratic secretary of state who announced last week that she was running for governor, already has attracted one Republican legislator who is an election conspiracy theorist and another who is perhaps the legislature’s leading supporter of restrictions on the right to vote.

“These are perilous times,” Mann said. “Arizona is just demonstrating it.”