In an uneven fight with China, a tiny country’s brand becomes toxic 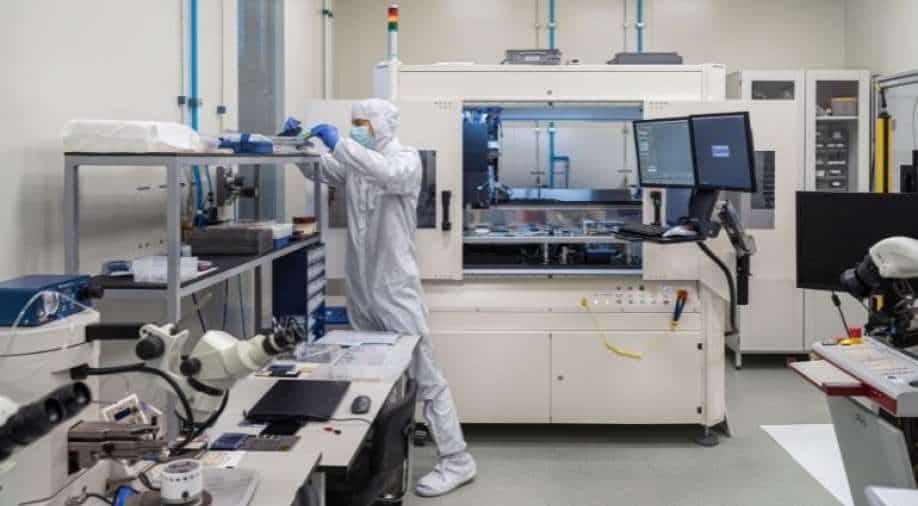 The company recently scrapped plans to build a $50 million factory at home, mindful that foreign customers want to avoid ending up on China’s blacklist

A family-owned semiconductor company in Lithuania sold nothing to China, so it did not worry much last year when Beijing, furious at the Baltic nation for cozying up to Taiwan, began blocking imports of milk products, peat and anything else it could find with a “Made in Lithuania” label.

Closing the door on Lithuanian exports, however, was just the start.

Today, said Kristijonas Vizbaras, a founder of the successful chipmaker Brolis Group, anything with a “Lithuanian smell,” no matter how faint — say, a German car with a small Lithuanian-made component — risks getting blocked by China.

“Unfortunately, Lithuania has become a toxic label,” he said, lamenting that China’s economic power has given it irresistible leverage over global supply chains — and as a result, the ability to strike wherever these chains intersect with his tiny Baltic country or any other nation that causes offense to Beijing.

Mindful that foreign customers for laser sensor chips produced by Brolis Group want to avoid ending up on China’s blacklist, the company recently scrapped plans to build a $50 million factory at home and wants to set it up in Belgium instead.

The lopsided fight between Lithuania, with a population of under 3 million, and China started last summer over a representative office that Taiwan, a thriving democracy that Beijing claims as Chinese territory, was opening in Vilnius, the Lithuanian capital.

That feud has now expanded. The German-Baltic Chamber of Commerce warned Lithuania in December that its members working in high-tech sectors had been hit by the “Chinese-Lithuanian trade blockage in an existential way.”

Beijing has taken aim at foreign economies before. In 2010, it halted salmon imports from Norway after the Oslo-based Nobel Peace Prize committee honored a Chinese dissident writer. And in 2020, it blocked agricultural products from Australia after it called for an investigation into the origins of the coronavirus, which was first detected in China.

But the ferocity and scope of China’s drive to punish Lithuania is a new level of vindictiveness.

The European Union in January filed a complaint against China with the World Trade Organization, calling its actions against Lithuania “illegal and discriminatory,” but has otherwise largely left one of its smallest and weakest members to fend for itself. While publicly pledging solidarity with Lithuania, Josep Borrell, the bloc’s foreign policy chief, has privately urged it to appease Beijing by having the office represent “Taipei” instead of Taiwan.

China has sent a blunt message not only to Lithuania but to the entire European bloc, at a time when recent elections tossed out reliably China-friendly governments and brought to power more China skeptics, like the German Greens, who now control the Foreign Ministry in Berlin, and the Czech Pirate Party, now in charge of foreign policy in Prague.

Adding to China’s alarm is a recent decision by Slovenia to let Taiwan open a representative office. China responded by saying it was “deeply shocked” and warned Slovenia that it was taking a “dangerous” road. Slovenia’s Foreign Ministry quickly clarified that the office would use the name “Taipei,” not “Taiwan.”

“To use a Chinese phrase, they are killing the chicken to scare the monkey, particularly the big German monkey,” said Theresa Fallon, director of the Center for Russia Europe Asia Studies in Brussels. “Many European leaders look at Lithuania and say, ‘My God, we are not going to do anything to upset China.’”

Gabrielius Landsbergis, Lithuania’s foreign minister and the driving force behind its closer ties with Taiwan, traveled to France in January for a meeting of EU foreign ministers, but secured little support beyond vague promises of solidarity. There was no discernible movement on long-stalled European proposals for a so-called anti-coercion instrument against foreign bullying.

Making a concerted response is difficult because while China regularly berates and belittles Lithuania through Communist Party-controlled media outlets — The Global Times, a belligerent party mouthpiece, mocked the country as “just a mouse, or even a flea, under the feet of a fighting elephant” — it has not formally declared any sanctions or other punitive measures against the Baltic country or its economic partners.

“Global Times is their main tool of communication with us,” said Jovita Neliupsiene, Lithuania’s deputy economy minister. Lithuania’s trade with China, she added, vanished almost overnight, but “nothing has been declared.”

It came as no real surprise when China demonstrated its anger over the Taiwan office, and an earlier Lithuanian decision to spurn a Chinese-led diplomatic forum, by halting imports from Lithuania, which amounted to just 1% of the Baltic country’s total exports.

Unexpected, however, was that China would also halt its own exports to Lithuania, depriving manufacturers of the components and materials they need.

“Rationally, it is very unusual that a country bans its own exports,” Neliupsiene said.

Sigitas Besagirskas, head of the Vilnius Industry and Business Association and owner of a small glider manufacturer, gets most of his materials from Germany but also needs a few small but vital Chinese parts. When his Chinese supplier refused to sell to him, he said, he turned to a company in Estonia to order the parts. But the supplier quickly figured out that the end buyer was in Lithuania and stopped sales.

“Anybody connected to Lithuania can’t export to or import from China,” Besagirskas said.

The constant blows from China have led even Lithuania’s president, Gitanas Nauseda, to question his country’s policy toward Taiwan. The president said in a radio interview in January that it was a “mistake” to let the office use the Taiwan name.

Many ordinary Lithuanians, while intensely proud of their country’s central role in the collapse of the Soviet Union, think it foolish to take on China, another big communist power. An opinion poll commissioned by the Foreign Ministry found that only 13% of those surveyed supported the government’s Taiwan policy.

Besagirskas derided the outreach to Taiwan as well intentioned but doomed. “Of course, we would all like China to be different. It is totally undemocratic. But we are a small country, and changing China is mission impossible for us.”

A poll done by his business association found that nearly three-quarters of all member companies were suffering from China’s undeclared economic blockade.

“They are trying to cut Lithuania from the economic map of the world,” said Laurynas Kasciunas, chair of Parliament’s national security and defense committee.

Even Chinese goods that Lithuanian companies have already paid for and whose shipping had been arranged are now stuck at Chinese ports, caught up in red tape, sudden spot inspections and other obstacles.

“It is all very sophisticated and targeted very precisely,” said Vidmantas Janulevicius, president of the Lithuanian Confederation of Industrialists, who has had dozens of containers of materials for his solar panel making company blocked for months in Chinese ports.

The Federation of German Industries complained in a statement late last year: “China’s recent measures against Lithuania are having the effect of a trade boycott with repercussions throughout the EU. Imports from China that are needed in German production facilities in Lithuania and exports from Germany to China that contain Lithuanian components are also affected.”

The European Union, however, is deeply divided between countries like Hungary, which routinely blocks statements against Beijing, and those that favor a tougher line. France has pledged to get legislation for the “anti-coercion instrument” moving, but few expect it to become a reality anytime soon.

The United States has also pledged to stand with Lithuania against Beijing but offered little in the way of concrete support.

The only place offering anything solid so far is Taiwan, which in January announced that it was setting up a $200 million fund to invest in Lithuania and other needy countries in the region and a separate $1 billion program to finance joint projects, including in high-end semiconductors. Taiwan has also started importing large quantities of Lithuanian goods, mostly food products and rum.

Eric Huang, head of Taiwan’s newly opened office in Vilnius, located on the top floor of a high-rise office tower, said his government wants to help blunt the pain of China’s strikes against Lithuania.

“Democratic countries should work together, otherwise we will set a precedent,” he said. “If China is not happy today with a certain country over a certain issue, it will be the same story all over again on a different issue tomorrow.”