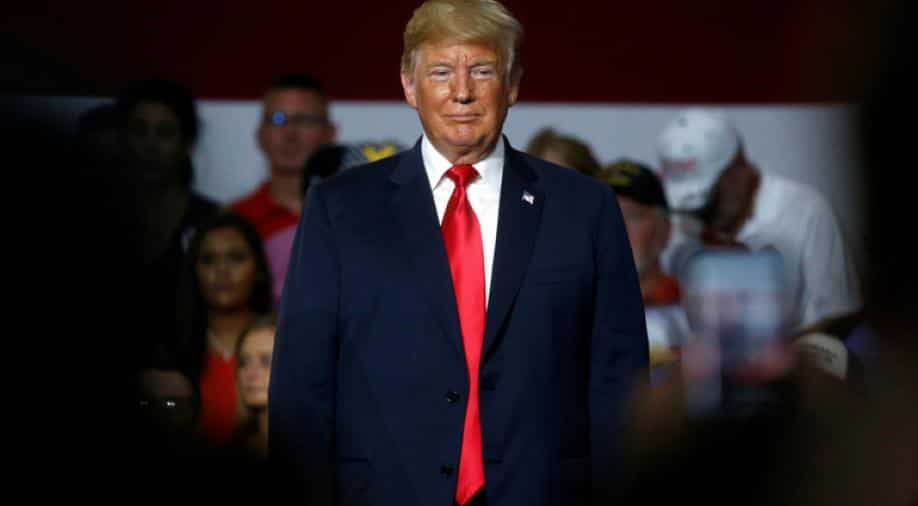 IMF chief Christine Lagarde said central bank rate increases such as those by the policy-setting US Federal Reserve were justified by fundamentals.

Lagarde spoke as a global market sell-off rolled into Asia following Trump's comments, underscoring rising financial volatility that the IMF will address at its annual meetings with the World Bank this week in Bali.

Lagarde said central bank rate increases such as those by the policy-setting US Federal Reserve were justified by fundamentals.

"It is clearly a necessary development for those economies that are showing much-improved growth, inflation that is picking up... unemployment that is extremely low," she told a press briefing in Bali.

"It's inevitable that central banks make the decisions that they make."

"I think the Fed has gone crazy," he said.

Trump has repeatedly touted Wall Street record highs as proof of the success of his policies including a confrontational trade strategy, and frequently criticises the Fed for gradually raising interest rates, which could press the brakes on equity markets.

The world's financial elite are on the Indonesian holiday island for a week of discussions clouded by the economic outlook.

Much of the global angst has been dominated by Trump's escalating tariff war with China and his disdain for world trading norms.

But higher US interest rates have also helped send emerging market currencies into a tailspin, as countries that borrowed heavily in dollars race to pay back debt.

Lagarde said in Bali that world leaders should fix global trading systems instead of tearing them down, in response to rising nationalist and protectionist impulses.

Combined with trade tensions, this had created "a bit of an unprecedented situation" for the world economy, she said.

"Clearly as a result of (rate hikes)... we see and we will continue to see capital flow movements," she added.

"The fact that large central banks of advanced economies are not exactly all moving at the same pace is also probably accelerating that phenomenon."

Trump has levied or threatened tariffs on goods from economies around the world, notably China, but also on traditional allies such as the European Union.

The head of the World Trade Organization warned that a "full-blown commercial war" could shrink global trade by nearly 18 per cent and also knock worldwide GDP, hurting the United States, China, and others.

Lagarde said she would meet Pakistani officials on Thursday, with expectations that Islamabad will request a bailout over a looming balance-of-payments crisis, with Prime Minister Imran Khan saying this week his country needs $10-12 billion.

"I'm assuming that there might be a programme request on their part, but that has not been discussed and we will explore that this afternoon," she said.

The IMF on Tuesday cut its global GDP growth forecast by 0.2 percentage points to 3.7 per cent for both 2018 and 2019, citing the economic uncertainties.

The meetings open in the wake of an earthquake and tsunami on September 28 on Sulawesi island that left more than 2,000 dead and possibly thousands more missing, highlighting disaster-prone Indonesia's safety hazards.

Those risks were highlighted again early Thursday, when a 6.0-magnitude quake rattled parts of the islands of Java and Bali, including meeting venues and hotels.

Three people were killed on Java when buildings collapsed.

No damage or casualties were reported on Bali, but the tremor prompted summit organisers to issue guidance to attendees on what to do if a quake strikes.