I'm convinced he's made the decision, Biden on Putin's plan to attack Ukraine 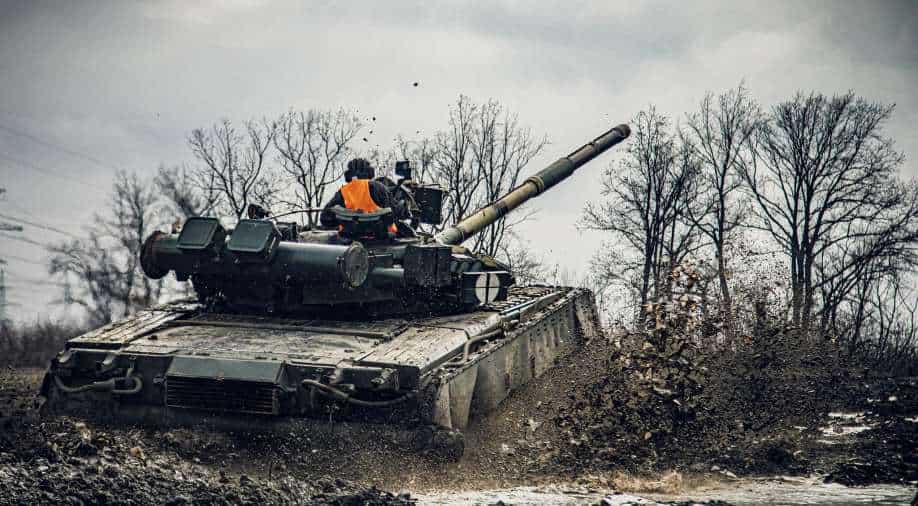 Ukrainian tank during drills at a training ground in an unknown location Photograph:( Reuters )

Russia had said earlier this week that it had pulled out some troops after military exercise in Belarus and later announced that tank units involved in Crimea were returning to the barracks.

Amid tensions with Ukraine at the border, US President Joe Biden said on Saturday that he is "convinced" that President Putin has made the decision to invade Ukraine.

"As of this moment, I'm convinced he's made the decision. We have reason to believe that," Biden said on Putin's plan to attack neighbouring Ukraine.

Russia had said earlier this week that it had pulled out some troops after military exercise in Belarus and later announced that tank units involved in Crimea were returning to the barracks.

However, the US president warned of an imminent Russian attack despite Putin's recent claims of pullback.

"We believe they will target Ukraine's capital Kyiv, a city of 2.8 million innocent people," the US president added while asserting that "diplomacy is always a possibility."

Watch: Is Moscow manufacturing a pretext for an invasion?

Biden said Russia could "set up a false justification to act against Ukraine" while pointing out that there are over "150,000 troops arrayed on its border". Ukraine's defence forces said pro-Russian rebels had violated ceasefire 53 times in 24 hours amid escalating tensions at the border.

Meanwhile, Observers from the Organisation for Security and Co-operation in Europe said there has been a dramatic rise in "kinetic activity along the contact line in eastern Ukraine" with ceasefire violations taking place.

Biden said Ukraine President Zelenksy's intention to attend the Munich Security Conference may not be a "wise choice" due to the current situation but added that "it's his decision".

Meanwhile, Russian President Vladimir Putin met Belarus leader Alexander Lukashenko and said there was a "deterioration of the situation". Belarus and Russian forces have been involved in large scale military exercises.