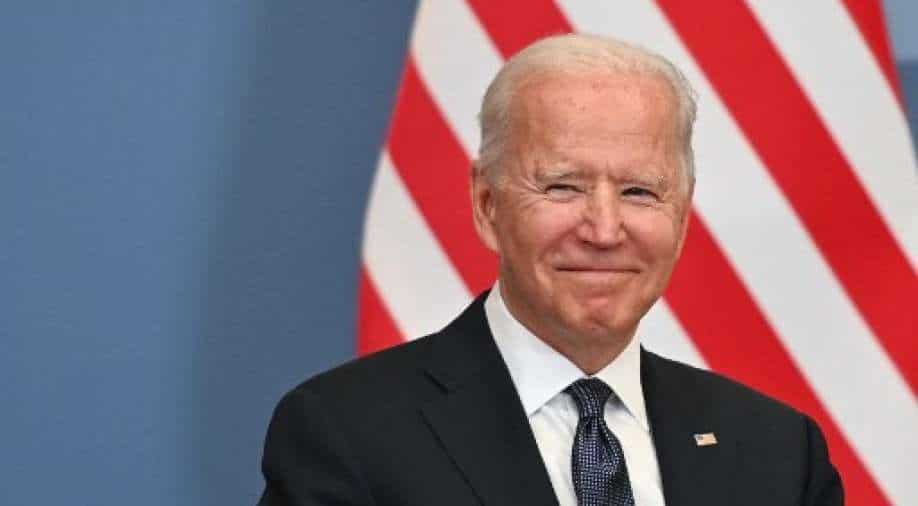 US President Joe Biden smiles during a bilateral meeting with Swiss president of the Swiss confederation and in Geneva Photograph:( AFP )

US President Joe Biden and Russian President Vladimir Putin are not expected to share meals and will hold separate news conferences during their summit at Geneva, according to reports.

US President Joe Biden arrived in Geneva on Tuesday ahead of his long-awaited summit with Russian President Vladimir Putin.

"I'm always ready," Biden said as he touched down in the Swiss city with the two leaders set to meet at a villa complex in Geneva on Wednesday.

Biden is set to discuss a series of controversial issues including alleged cyberattacks on US entities, the reported Russian meddling in US elections, aggression against Ukraine, the Navalny row, among others.

Biden proposed the summit in April, however, Kremlin had downplayed expectations as it announced the summit between the two world leaders.

In Pics: No, Vladimir, you're cold-blooded, said a US president

Biden flew to Geneva after his high profile meeting with the G7 leaders and NATO meetings. There will be no joint press conferences between Putin and Biden which had taken place earlier when Trump had met the Russian leader.

Russia and US relations have hit new lows in recent years with the former Trump administration imposing sanctions on Russia and lack of progress of arms control.

The talks between Biden and Putin at the La Grange villa are expected to start at around 1:00 pm(local time) (1100 GMT) and is set to last for hours with heavy security deployment at the Swiss lakeside city.

The two leaders are not expected to share meals and will hold separate news conferences, according to reports.

Biden and Putin and Putin will be accompanied by US Secretary of State Antony Blinken and Russian foreign minister Sergei Lavrov.