‘I thought I was going to die’: Man claims he was attacked by otters in Singapore 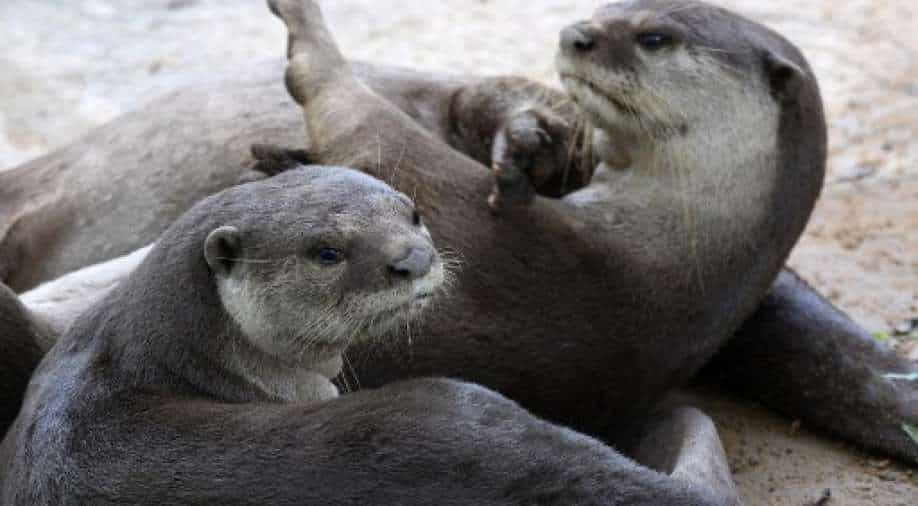 A bevy of smooth-coated otters next to a canal in Singapore Photograph:( AFP )

Graham George Spencer, a British citizen living in Singapore, said that he was chased, pinned down and bitten '26 times in 10 seconds' by a family of 20 otters.

A relatively docile animal, with sparse history of violent behaviour, has caused trauma for a British man who claimed that he was attacked by a “swarm of” otters when he was out for a morning walk in a botanical garden in Singapore.

Graham George Spencer, a British citizen living in Singapore, told The Straits Times newspaper that he was chased, pinned down and bitten “26 times in 10 seconds” by a family of 20 otters.

“I actually thought I was going to die,” said Spencer, who lives in Singapore and is reportedly in his sixties.

He claimed that the animals were provoked by a runner, who may not have spotted them as it was still early morning.

“Because it was very dark, he never saw them. And he just ran straight into them. And he was treading on them," Spencer told a local outlet, Mothership.sg.

Spencer said the otters bit his ankles and he fell to the ground. They then started biting his legs and buttocks, and one bit his finger as he put his hands up to shield his face.

His friend managed to ward the creatures off by screaming at them, he said. The pair were then chased by the otters as they tried to seek help from a visitors' centre.

Spencer said that he needed stitches for some of his 26 wounds and was given a tetanus injection and antibiotics.

Staff at the park where Spencer was attacked told him that the incident is “under investigation”, he said.

The island is believed to be home to 10 families of otters, or about 90 in total, according to reports.

Although they seem benign, they do have a history of attacking people. As recently as May, a 77-year-old man was reportedly bitten by an otter on the leg while exercising near the Kallang River in Singapore.

According to the Washington Post, river otters were once driven away by pollution in the 1970s, but have since returned as the country’s waterways have been cleaned up in recent years.

The animals are common sights in hospital lobbies and condominium pools, and have even been seen drinking from public fountains.