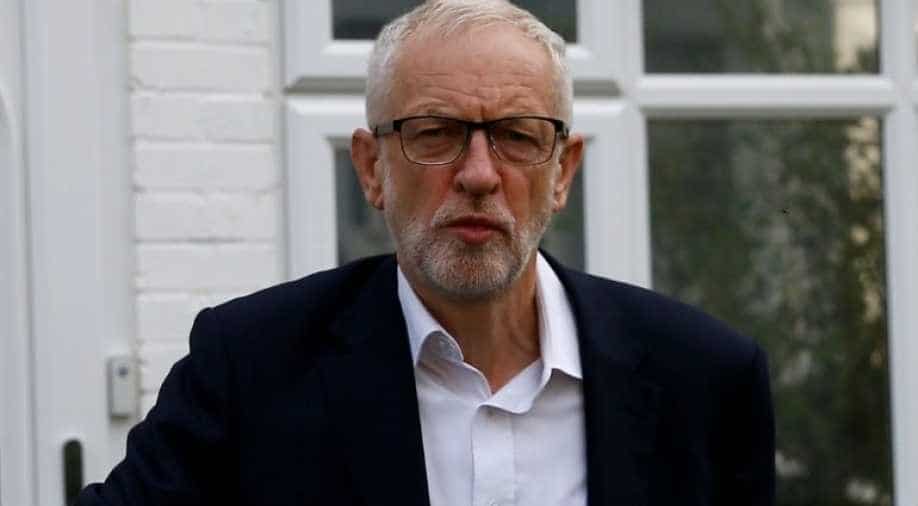 After meeting leaders of other opposition parties, Corbyn said they were 'united in our opposition to Boris Johnson's plans for a no-deal'.

British opposition Labour leader Jeremy Corbyn said on Tuesday he was ready to fight an election and his priority was to prevent a no-deal Brexit, suggesting Labour could back any move by Prime Minister Boris Johnson to call an early poll.

Corbyn has long said he wants an election to oust the governing Conservatives, but some in his party fear Johnson will use a threatened new poll to take Britain out of the European Union without a deal by by-passing parliament.

Corbyn, a long-standing critic of the EU, has said a general election and efforts to prevent a no-deal Brexit are not an "either or" choice, suggesting that Labour would press on with work to find ways to stop Britain from leaving the bloc without a deal even if an election campaign has begun.

After meeting leaders of other opposition parties, Corbyn said they were "united in our opposition to Boris Johnson's plans for a no-deal".

He added: "We are confident that the legislative route we have adopted has every chance of being successful and we are working on ways in which we can prevent Boris Johnson manipulating an election to force a no-deal Brexit.

"Labour wants to prevent a no-deal Brexit, and to have a general election, so we can end austerity and invest in our communities. I am confident we can have both, and we've been in discussions about a way to achieve this."

Earlier, Corbyn was careful not to explicitly say that Labour would support a possible attempt by Johnson to call an election.

"Let's see what happens after this legislation has gone through," he said. "And if an election is called, I am absolutely ready to fight it."