Hungary's new legislation could stir trouble for its LGBTQIA+ population 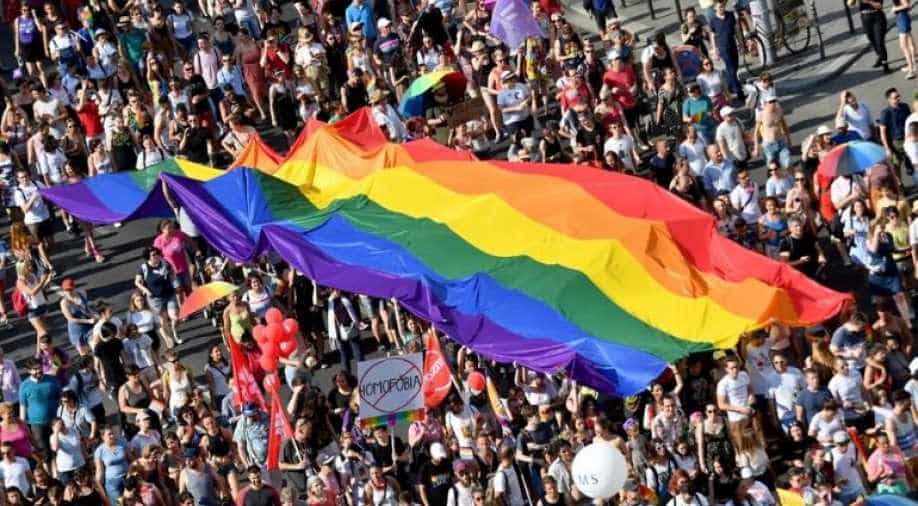 People march with their giant rainbow flag from the parliament building in Budapest downtown during the lesbian, gay, bisexual and transgender (LGBT) Pride Parade in the Hungarian capital on July 6, 2019. Photograph:( AFP )

The coronavirus pandemic is being seen as a time for solidarity and recovery. However, many countries continue to pursue their territorial interests through this tough time, as the world turns a blind eye to everything but the virus.

Recently, a country is trying to push legislation which will effectively end the legal recognition of the transgender population.

Hungary’s government, largely seen as right-wing, is trying to pass a legislation which aims to define biological sex based simply on “primary sex characteristics and chromosomes”.

If put into motion, people will no longer will be legally allowed to change their gender. Trans community already faces scorn and legal invalidation across the globe, and with coronavirus at the centre of all legislative action, this law might be passed unnoticed.

The Guardian reported that to be able to do menial tasks like renting a bicycle or buying a travel pass requires displaying one’s ID. However, if this law were to pass, people who have changed their gender and or any desire to do so will not be able to avail such facilities. People march with a rainbow flag from the parliament building in Budapest downtown during the lesbian, gay, bisexual and transgender (LGBT) Pride Parade in the Hungarian capital on July 6, 2019 | AFP

Viktor Orban, the Hungarian Prime Minister recently faced flak for introducing a law allowing him to rule by decree - indefinitely. All this happened in the midst of a pandemic, denying the world an opportunity to react. It’s important to note here how protesting - the most vocal and effective way to change the route of any legislation remains disallowed across the globe owing to social distancing norms in place, as coronavirus is transmitted from human-to-human.

An independent member of parliament Bernadett Szel openly referred to the law as “evil” and a “step back in time”. Szel attempted to shed light on the discriminatory nature of the law in the parliament but was shut down.

“We have a pandemic going on and all of us should be focusing on two things: healthcare issues and helping people financially to secure their wellbeing. What is happening in Hungary is a scandal,” she added during the hearing.

Even though there is no clarity on when exactly the bill will be passed, it looks like the government is pursuing it, considering its passage through committees.

There’s another issue with the law - it could stir problem whose gender on paper is different from their sex at birth. Their identities remain threatened under this legislation.

Orban’s government has not shied away from using hateful rhetoric against LGBTQIA+ folks. Not long ago, the administration compared homosexuality to pedophilia.