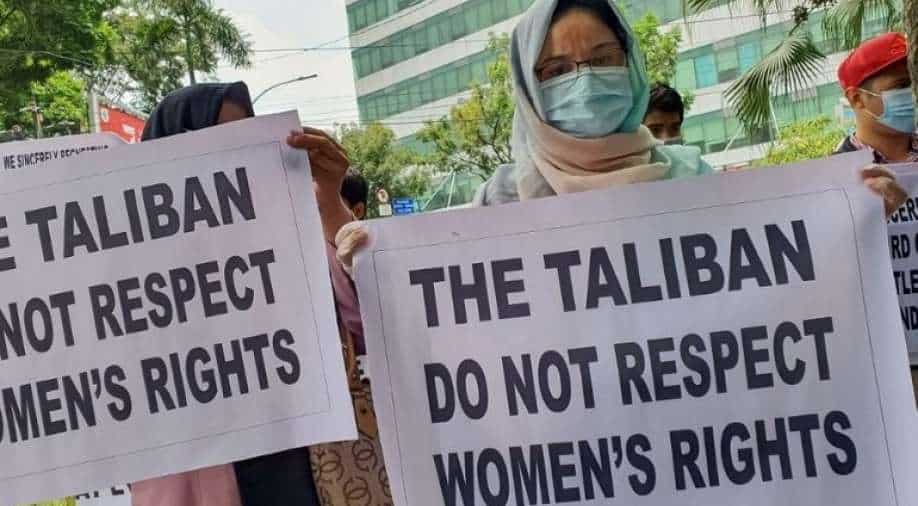 The report mentions how the Taliban takeover of Afghanistan gave way to "an accelerating human rights and humanitarian crisis."

Human Rights Watch’s 32nd annual review report has made certain revelations pertaining to developments in over 100 countries. Executive Director Kenneth Roth wrote that many autocratic leaders faced significant backlash in 2021. He further added that democracy will flourish in the contest with autocracy only if democratic leaders do a better job and address global problems.

As per the report, repressive and violent acts by autocratic leaders and military regimes show their desperation and weakening grip on power.

“There is a narrative that autocrats are prevailing and democracy is on the decline, yet if you look at the trends in human rights over the last 12 months it doesn’t look so rosy for the autocrats," Roth said.

The report mentions how the Taliban takeover of Afghanistan gave way to "an accelerating human rights and humanitarian crisis."

It further adds how in various cities, the Taliban searched for and threatened, even detained or executed former members of the Afghan National Security Forces (ANSF), officials of the former government, or their family members. The report further sheds light on unlawful killings, enforced disappearances, violations of laws of war.

Stating a few examples of “unlikely” opposition coalitions, the report mentions the Czech Republic where Prime Minister, Andrej Babiš, was defeated. It also mentions Israel where the premiership of Benjamin Netanyahu was brought to an end after a period of 12 years.

Speaking about the US, the report highlights how the administration of US President Joe Biden and the US Congress took positive steps on human rights by advocating for the rights of women and lesbian, gay, bisexual, transgender, and intersex (LGBTI) people. It further mentioned that the administration committed to racial equity and took action to address the ongoing pandemic and its economic consequences.

However, it further mentioned how the US failed to fulfil its human rights commitments in the area of racial justice "as reflected in the country’s failure to end systemic racism linked to the legacies of slavery; abusive structures of incarceration, immigration enforcement, and social control affecting many racial and ethnic minorities; and the Black-white wealth gap that persists alongside an overall slight increase in economic inequality."

"Hate crime incidents targeting people of Asian descent and back people spiked significantly in 2021 compared to 2019 levels," the report stated.

The report further highlighted how the US continued to provide arms to countries such as Egypt, Saudi Arabia and the United Arab Emirates.