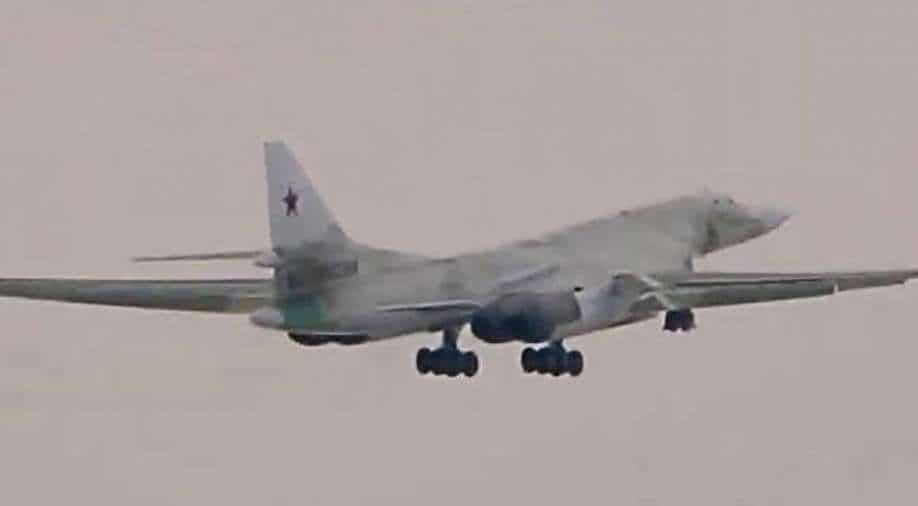 The bomber also known as ‘White Swan’ carried out its debut flight from the aerodrome of the Kazan Aviation Enterprise, reports said.

The aircraft flew at an altitude of 600 meters for 30 minutes. Russia's TASS news agency quoting the CEO of United Aircraft Corporation (UAC) Yury Slyusar said that the bomber has 80 per cent of equipment upgraded and modernised.

The bomber is reportedly designed to strike targets in remote areas with nuclear and conventional weapons. Reports claim the Tu-160M is the world’s heaviest supersonic military aircraft.

The latest development comes even as NATO and Russia continue to be divided over Ukraine as the US continued to press Russia to withdraw troops from the Ukrainian border.

NATO asserted that Russia would have no veto over Ukraine's entry into the European military alliance. In the security document submitted by Russia, Kremlin said NATO should not extend into Russia's eastern border referring to Ukraine's possible entry into NATO.

Russian deputy foreign minister Alexander Grushko said there was no breakthrough in talks over Ukraine. The US has warned Russia has massed thousands of troops along the Ukraine border and is set to invade the country in the new year.

Also Read:  Russia says talks with NATO over Ukraine are 'moment of truth'

However, Putin has rejected Western claims of an imminent Russian invasion asserting that Russian troops have the right to move around anywhere inside their own territory.

NATO'S secretary-general Jens Stoltenberg said there were "significant differences between NATO allies and Russia" over Ukraine.

NATO had broken its relations with Russia after Putin's regime annexed the Ukrainian region of Crimea in 2014.

US President Biden and the EU have threatened "massive consequences" if Russia invades Ukraine including imposition of large scale sanctions.