How US shutdown over border wall fight might play out 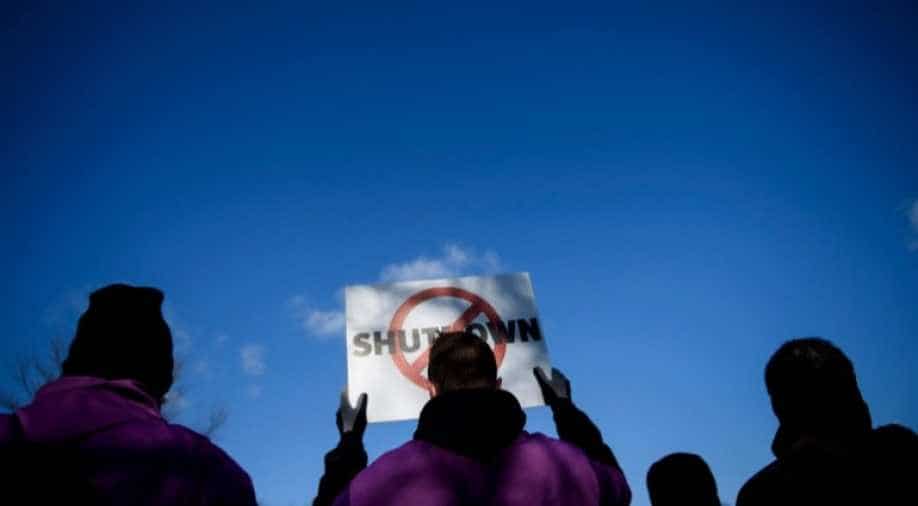 Trump has refused to sign any legislation to fund an array of government agencies, including the departments of agriculture, commerce, justice, interior and homeland security, unless it includes $5.7 billion for his long-promised wall.

On the 34th day of a partial US government shutdown, President Donald Trump and congressional Democrats remained at odds over his demand for funding for a wall on the border with Mexico.

Trump has refused to sign any legislation to fund an array of government agencies, including the departments of agriculture, commerce, justice, interior and homeland security, unless it includes $5.7 billion for his long-promised wall.

The Democrats, who control the House of Representatives, have rejected the wall as ineffective and immoral, and want the government to be reopened before any further talks about border security.

As long as the stalemate continues, 800,000 federal employees are on furlough or working without pay.

The following are some possible ways the standoff might end:

With the Senate on Thursday blocking competing measures by Republicans and Democrats to break the impasse, there were new signs of negotiations on a bipartisan deal, even if only as a temporary fix.

Many senators were talking about the possibility of a bipartisan bill to fund the various federal agencies, which comprise about one-quarter of the U.S. government, for three weeks.

During that time, Congress and the White House would work on a border security compromise. The White House was insisting, however, that Trump would support such a move only if it includes a downpayment on the wall,
which Democrats have opposed.

OTHER POSSIBLE WAYS TO BREAK THE IMPASSE

*Democrats agree to more than the $1.3 billion in border security funding they have been backing, but less than the $5.7 billion Trump wants. If Trump faces a public opinion backlash or there are signs Republican lawmakers may be abandoning him, he might have to settle for less.

*Democrats and Republicans agree on $5.7 billion in border security funding this year, but the language allows both sides to claim victory by including different ways of securing the border. Democrats insist the money will not be used to build a wall; Trump and his fellow Republicans tout the money that will include funding for various types of barriers and other tools to discourage illegal immigration and drugs.

*A "grand bargain" emerges that reopens the government, bolsters border security and also provides protections from deportation for "Dreamers," who were brought to the United States illegally as children by their parents.

Other changes to immigration law also could be included. Such a deal would fund federal programs through the fiscal year that ends on September 30, and add funds for an array of border security tools without imposing new curbs on immigration that Trump has previously attempted.

This scenario, however, is fraught with difficulties.

Democrats are likely to insist that Dreamers be granted a pathway to citizenship, an idea many conservatives oppose and some do not want any special protections for Dreamers enacted into law.

Trump would probably insist on some new controls on immigration, such as additional restrictions on asylum claims.

TRUMP DECLARES `NATIONAL EMERGENCY`
While the possibility that this might happen has faded recently, Trump could revive his threat to declare a national emergency at any time. His rationale would be that illegal immigration jeopardizes US security, which gives him the authority to redirect existing federal funds to build the wall, possibly targeting Defense Department accounts.

Under the Constitution, it is up to Congress to decide how taxpayers` money is spent and using presidential powers to move funding around is almost certain to face legal challenges.

Still, such a step would probably lead to prompt enactment of legislation reopening the government under the belief that Trump would sign it into law, without the $5.7 billion.