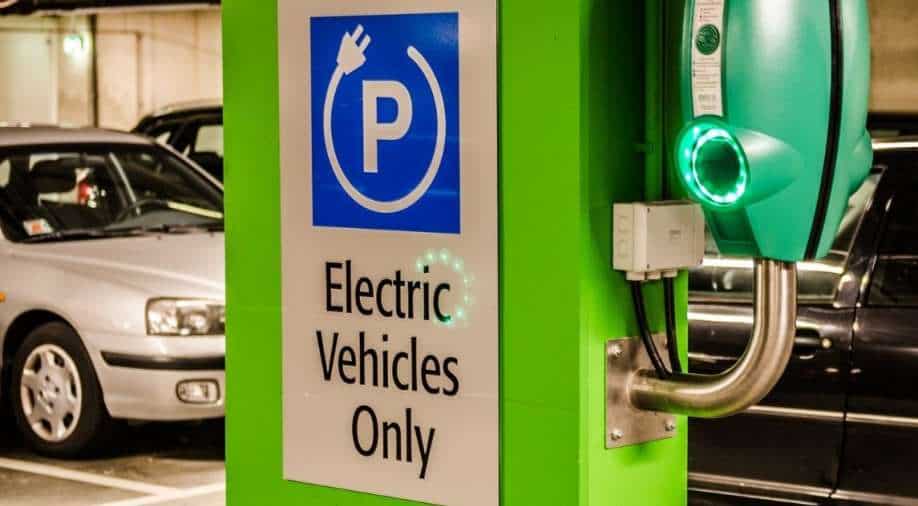 Automakers and other companies that need nickel, as well as other battery raw materials such as lithium or cobalt, have begun looking for ways to shield themselves against future shocks

Russia’s invasion of Ukraine has shaken the global market for nickel just as the metal gains importance as an ingredient in electric car batteries, raising fears that high prices could slow the transition away from fossil fuels.

The price of nickel doubled in one day last week, prompting the London Metal Exchange to freeze trading and effectively bring the global nickel market to a standstill. After two years of supply-chain chaos caused by the pandemic, the episode provided more evidence of how geopolitical tensions are destroying trading relationships that companies once took for granted, forcing them to rethink where they get the parts and metals they use to make cars and many other products.

Automakers and other companies that need nickel, as well as other battery raw materials such as lithium or cobalt, have begun looking for ways to shield themselves against future shocks.

Volkswagen, for example, has begun to explore buying nickel directly from mining companies, Markus Duesmann, CEO of the carmaker’s Audi division, said in an interview Thursday. “Raw materials are going to be an issue for years to come,” he said.

The prospect of prolonged geopolitical tensions is likely to accelerate attempts by the United States and Europe to develop domestic supplies of commodities that often come from Russia. There are nickel deposits, for example, in Canada, Greenland and even Minnesota.

“Nickel, cobalt, platinum, palladium, even copper — we already realized we need those metals for the green transition, for mitigating climate change,” said Bo Stensgaard, CEO of Bluejay Mining, which is working on extracting nickel from a site in western Greenland in a venture with KoBold Metals, whose backers include Jeff Bezos and Bill Gates. “When you see the geopolitical developments with Ukraine and Russia, it’s even more obvious that there are supply risks with these metals.”

But establishing new mining operations is likely to take years, even decades, because of the time needed to acquire permits and financing. In the meantime, companies using nickel — a group that also includes steel-makers — will need to contend with higher prices, which will eventually be felt by consumers.

An average electric-car battery contains about 80 pounds of nickel. The surge in prices in March would more than double the cost of that nickel to $1,750 a car, according to estimates by trading firm Cantor Fitzgerald.

Russia accounts for a relatively small proportion of world nickel production, and most of it is used to make stainless steel, not car batteries. But Russia plays an outsize role in nickel markets. Norilsk Nickel, also known as Nornickel, is the world’s largest nickel producer, with vast operations in Siberia. Its owner, Vladimir Potanin, is one of Russia’s wealthiest people. Norilsk is among a limited number of companies authorized to sell a specialized form of nickel on the London Metal Exchange, which handles all nickel trading.

Unlike other oligarchs, Potanin has not been a target of sanctions, and the United States and Europe have not tried to block nickel exports, a step that would hurt their economies as well as Russia’s. The prospect that Russian nickel could be cut off from world markets was enough to cause panic.

Analysts expect prices to come down from their recent peaks but remain much higher than they were a year ago. “The trend would be to come down to a level close to where we last left off,” around $25,000 a metric ton compared with the peak of $100,000 a ton, said Adrian Gardner, a principal analyst specializing in nickel at Wood Mackenzie, a research firm.

Nickel was on a tear even before the Russian invasion as hedge funds and other investors bet on rising demand for electric vehicles. The price topped $20,000 a ton this year after hovering between $10,000 and $15,000 a ton for much of the past five years. At the same time, less nickel was being produced because of the pandemic.

After Russia invaded Ukraine in late February, the price rose above $30,000 in a little over a week. Then came March 8. Word spread on the trading desks of brokerage firms and hedge funds in London that a company, which turned out to be the Tsingshan Holding Group of China, had made a huge bet that the price of nickel would drop. When the price rose, Tsingshan owed billions of dollars, a situation known on Wall Street as a short squeeze.

The price shot up to a little over $100,000 a ton, threatening the existence of many other companies that had bet wrong and prompting the London Metal Exchange to halt trading.

The exchange tried to restart trading in nickel twice this week with new price limits, but sudden drops caused trading to halt once again. “The market is broken,” said Keith Wildie, head of trading at London-based metals firm Romco.

There is no sign that nickel prices will lead to factory shutdowns in the way that shortages of components made in Ukraine brought assembly lines at Volkswagen, BMW and other carmakers to a standstill. It will take a few weeks for price increases to ripple through the system.

For now, automakers and other big nickel buyers such as steel-makers may be able to find alternative suppliers, use more recycled material or switch to battery designs that require less nickel.

“There is enough nickel,” Mercedes-Benz CEO Ola Källenius said in an interview this week. But carmakers might have to pay more, he said, adding, “It’s not unlikely that we will have secondary effects from this conflict.”

The Ukraine conflict has underscored the urgency of moving away from fossil fuels, said Duesmann. Russian oil plays a much bigger role in the global economy than Russian nickel. “It would be too shortsighted to say, ‘Electromobility doesn’t work,’” he said.

Beyond the immediate disruption to supplies, automakers are concerned about a retreat from the open markets that have been so good for business. Katrin Kamin, a trade expert at the Kiel Institute for the World Economy in Germany, noted that global commerce had held up remarkably well during the pandemic.

“Perhaps we should speak less of globalization being in crisis and more of international relations being at a low point,” Kamin said in an email.

But the Ukraine conflict, she added, “is a major blow to trade.”