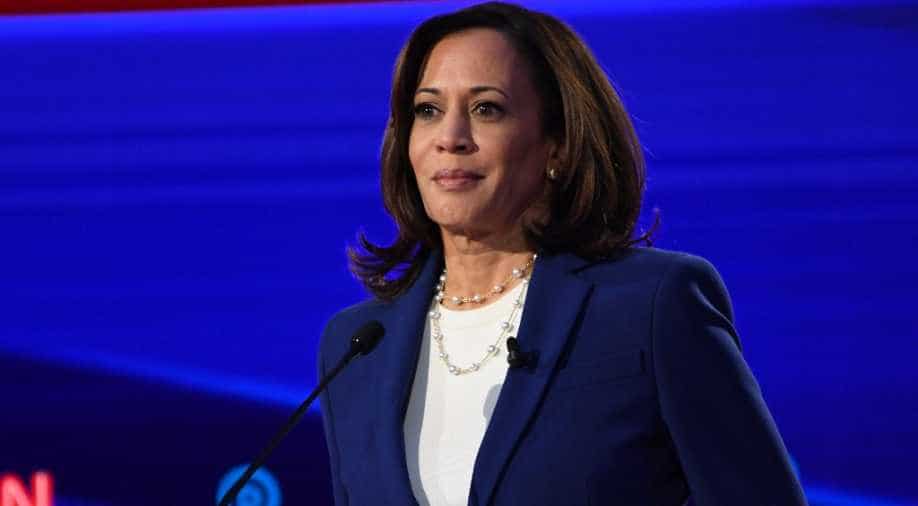 Democrats already enjoy the votes of people of colour and black people. But by the nomination of Harris, they can pick up on swing votes as well because she is likely to be their candidate of choice.

Fielding Indian-origin Kamala Harris for the post of the vice president of the United States amid the Black Lives Matter movement can be considered a masterstroke by the Democrats.

Democrats already enjoy the votes of people of colour and black people. But by the nomination of Harris, they can pick up on swing votes as well because she is likely to be their candidate of choice.

Two body camera videos are going viral in the US: one of an 8-year-old boy with disabilities who was arrested at school and the other of George Floyd. They have one thing in common. They were both a victim of police brutality.

The former was arrested in 2018 by Florida's Key West police on a felony battery charge, only to realise the boy's wrists were too small for the handcuffs.

The video has resurfaced after a part of body-camera footage was released on Monday by civil rights attorney Ben Crump, who is representing the boy's mother, Bianca N. Digennaro.

Unbelievable!! @KWPOLICE used “scared straight” tactics on 8yo boy with special needs. He's 3.5 ft tall and 64 lbs, but they thought it was appropriate to handcuff and transport him to an adult prison for processing!! He was so small the cuffs fell off his wrists! pic.twitter.com/iSTlXdKas6

She has filed a federal civil rights lawsuit over the incident. She believes her son was arrested and almost handcuffed after experiencing a mental health crisis at school. He has been diagnosed with oppositional defiant disorder, depression, anxiety, and ADHD.

In the clip, police officers instruct him to stand up and place his hands on a metal cabinet in the hallway of his elementary school for a pat-down. Quivering with tears, the boy puts his hands behind his back, but his wrists are so slight that the handcuffs keep slipping off.

The two-minute clip had racked up more than 2 million views as of early Tuesday.

Similary, Minneapolis police body-camera videos of George Floyd's fatal arrest showed him begging for an officer to remove a knee from his neck in the moments before his death.

The videos, roughly an hour in length, came from the body cameras of former officers Thomas Lane and J. Alexander Kueng, who were the first to respond to a store where Floyd was accused of passing a fake $20 bill.

Floyd's death had sparked outrage all across the United States and led to multiple protests and clash between the protesters and the police. It also led to the beginning of the Black Lives Matter Movement to ensure that he gets justice.

Racism is deep rooted in the country and has its roots lie in the slavery under which black people were subjected to atrocities and exploitation. However, Floyd's death made it a prominent subject of conversation on the dinner table.