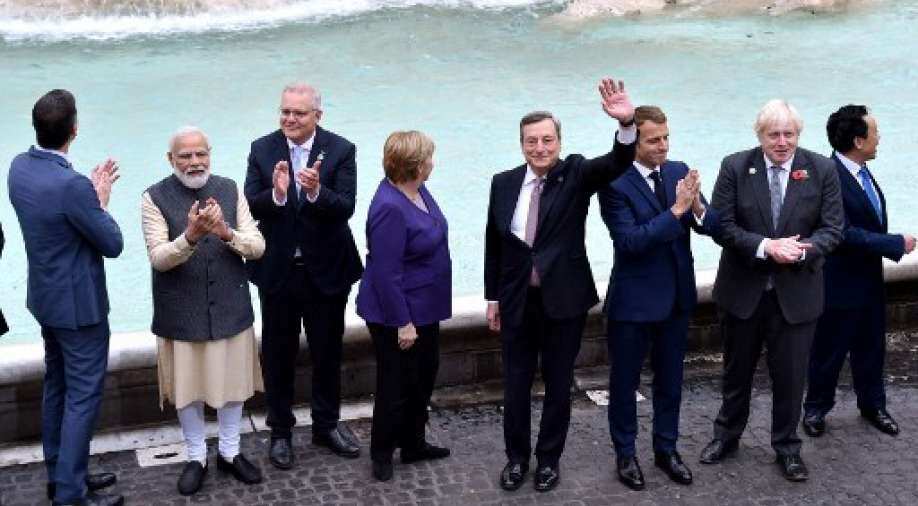 The G20 countries pledged to stop financing coal-fired power generation overseas, however, no date was set on phasing out coal power.

UN secretary-general António Guterres said he is leaving Rome with his hopes "unfulfilled", while emphasising that "at least they are not buried."

While I welcome the #G20's recommitment to global solutions, I leave Rome with my hopes unfulfilled — but at least they are not buried. Onwards to #COP26 in Glasgow to keep the goal of 1.5 degrees alive and to implement promises on finance and adaptation for people & planet. pic.twitter.com/c1nhIDbA8m

"Onwards to COP26 in Glasgow to keep the goal of 1.5 degrees alive and to implement promises on finance and adaptation for people and the planet," the UN chief said in a tweet.

The G20 countries pledged to stop financing coal-fired power generation overseas, however, no date was set on phasing out coal power.

The G20 statement further said that "methane emissions is one of the quickest, most feasible and most cost-effective ways to limit climate change".

The countries did not set a target on net-zero carbon emissions, instead, they said it would be reached "by or around mid-century".

The G-20 nations also agreed to restart international travel in a safe and orderly manner while agreeing to achieve the global goal of vaccinating at least 40 per cent population by the end of the year and 70 per cent by mid-2022.

"We recognise that the impacts of climate change at 1.5°C are much lower than at 2°C. Keeping 1.5°C within reach will require meaningful and effective actions and commitment by all countries," the statement said.

"Taking into account different approaches, through the development of clear national pathways that align long-term ambition with short and medium-term goals and with international cooperation and support," it added.

"We look forward to a successful COP26," the statement added.

The nations also committed themselves to achieve food security and adequate nutrition for all. The leaders also approved "a more stable and fairer international tax system" and "to swiftly develop the model rules and multilateral instruments... with a view to ensure that the new rules will come into effect at global level in 2023."

In Pics | PM Modi, along with G20 leaders visit the iconic Trevi fountain in Rome

Meanwhile, UK PM Boris Johnson said: "Everybody needs to realise that the countries need to make granular commitments otherwise the increase in temperature will be increasingly in excess of 1.3 degrees."

"If Glasgow fails, then the whole thing fails," Johnson added.