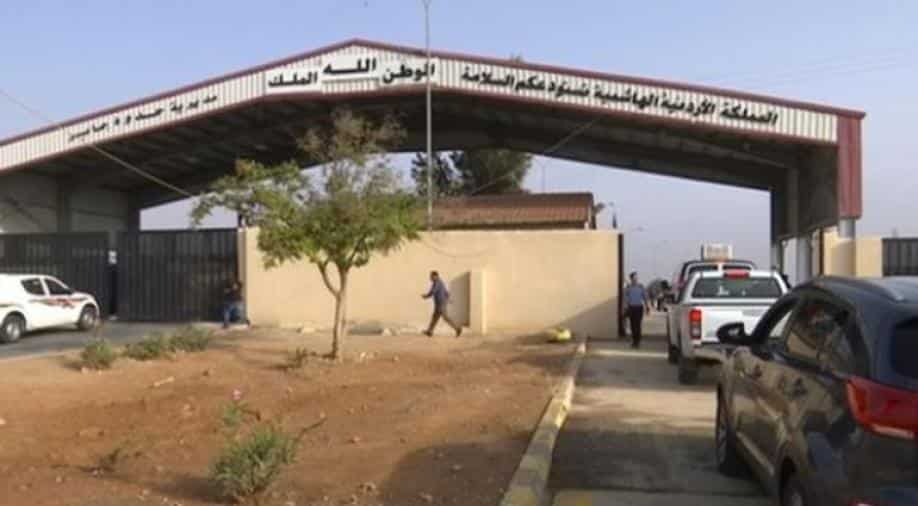 The Jaber gate between Syria and Jordan. Photograph:( Reuters )

The Jaber gate had been closed since April 2015 when anti-Assad armed groups took control of the Syrian southern governorates of Daraa and Quneitra.

The main border crossing between Jordan and Syria finally reopened on Monday at 8 am after having been closed for three years.

The Jaber gate had been closed since April 2015 when anti-Assad armed groups took control of the Syrian southern governorates of Daraa and Quneitra.

The Syrian government and its Russian allies launched an offensive in July and after days of bombing, the anti-Assad forces surrendered, abandoning the border crossings.

The Jaber border crossing was one of the most important gateways for Syrian goods heading towards the Gulf countries — the route was used to ferry billions of dollars of trade — a vital market for every country in West Asia.

When the gate was open, the people living here and the cities they were living in were well off.

The closure of the border took a heavy toll on Jordan, which is estimated to have lost a billion US dollars.

The gate shut and the cafes and restaurants on the Amman-Damascus highway were abandoned, and they still lie in disarray with some functioning as shelters for Syrian families waiting to go back to their homeland.

The Syrian war has taken a heavy toll on the neighbouring regions.

It was common in the old days for Jordanians to leave in the early hours of a Friday to go to Syria, buy all sort of goods, and enjoy lavish lunches in Damascus.

The reopening of the Jaber border crossing is crucial for all of West Asia.

Lebanon now has the possibility of transporting its goods through Syria and Jordan.

When the war started, authorities in Beirut were forced to resort to sea shipments, which are more expensive and time-consuming.

Jordan and Syria have agreed to reopen the border only for commercial purposes.

Civilians will still have to wait before being allowed to cross, but hopes are running very high as locals see finally some light at the end of the tunnel.