Hong Kong suspends flights from 8 countries, including US 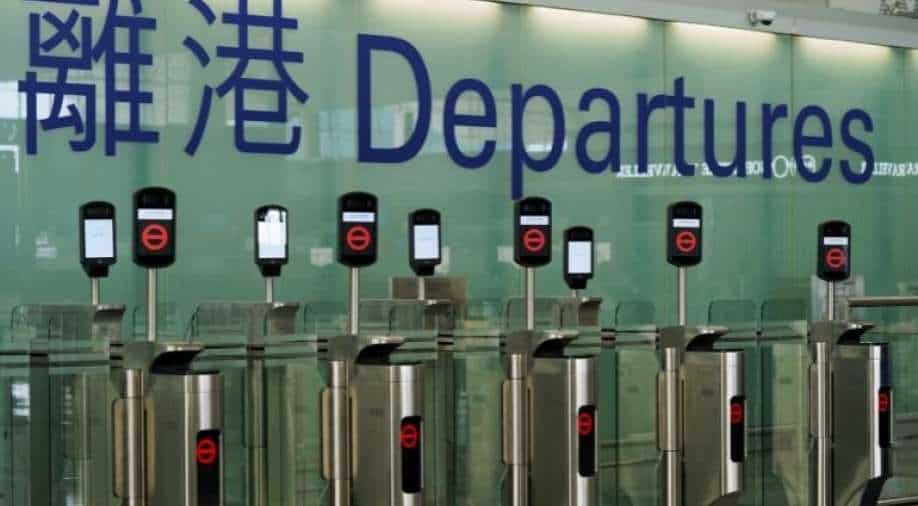 Hong Kong announced a series of strict pandemic control measures Wednesday, including suspending flights from the United States and seven other countries, as it scrambled to control an incipient omicron outbreak.

The new measures will deepen the city’s isolation from the outside world and mark a return to the tough restrictions from the early days of the pandemic. Hong Kong has largely brought the coronavirus under control, but the arrival of omicron threatens to set off the city’s fifth wave of the pandemic.

“Given the very dire situation of the pandemic, we have to grasp this critical moment,” Carrie Lam, Hong Kong’s chief executive, said at a news conference announcing the new rules.

A day earlier, Lam had said that no new social-distancing measures were expected. But the spread of omicron, including the infection of a person with no clear connections to the city’s first omicron cluster, evidently forced a change.

“We have to contain the pandemic to make sure there will not be a major outbreak in the community again,” she said. “We are racing with omicron, a highly transmissible variant.”

The restrictions will make it even harder to enter Hong Kong, which already has one of the world’s longest quarantines — up to three weeks. Under the new rules, flights will be temporarily banned from Australia, Britain, Canada, France, India, Pakistan, the Philippines and United States for two weeks starting on Saturday. People who have recently been in those countries will also be barred from traveling by other routes.

Large public events will be canceled, and several public venues — including bars, gyms and karaoke parlors — will be closed. Visits to hospitals and nursing homes will also be banned for two weeks. Dining in restaurants will be banned after 6 p.m. But the government decided not to stop in-person teaching or require government officials to work from home.

Hong Kong has had a growing number of imported cases of the omicron variant, with 133 as of Tuesday.

“If this continues, there will be tremendous strain on our quarantine and health care facilities,” said Dr. Ronald Lam, Hong Kong’s director of health.

The omicron outbreak in the city has been traced to a Cathay Pacific flight attendant who ignored quarantine requirements after returning from the United States. He dined at the Moon Palace restaurant in the upscale Fashion Walk shopping mall on Dec. 27, infecting his father and at least one other person.

Lam said the measures were most likely “the most decisive, rapid, targeted and comprehensive for the past two years so that we can cut the transmission chains as soon as possible.”

The restrictions came as Hong Kong health authorities on Wednesday ordered a Royal Caribbean cruise ship to return to port early as officials searched for the contacts of a COVID-19 patient.

Nine people who boarded the ship, the Spectrum of the Seas, on Jan. 2 had come into contact with the patient, who did not board the ship, the government said in a statement. The people were told to quarantine as soon as they were identified as contacts, though they preliminarily tested negative.