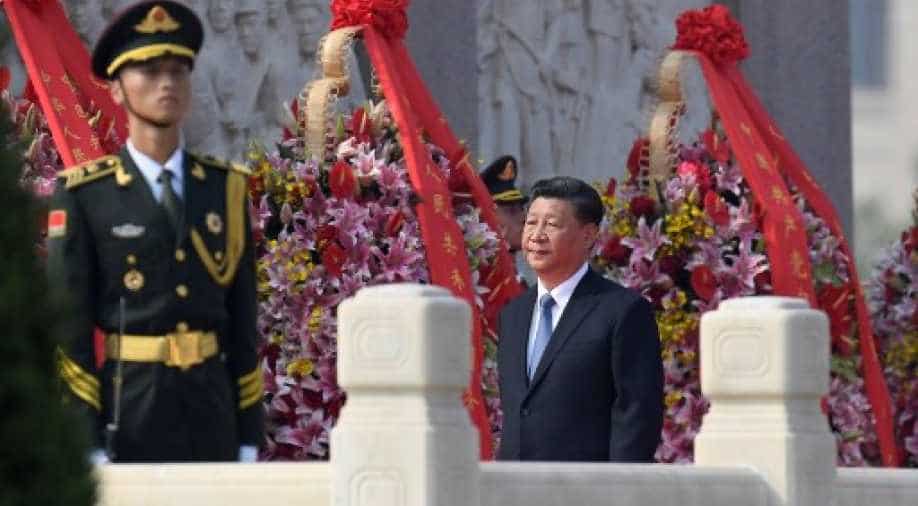 As China gears up to celebrate 70th anniversary of its founding, President Xi Jinping said Hong Kong has the "homeland's full support" and it "must develop and progress together with the mainland".

China is preparing for the grand carnival on Tuesday with a military parade where it is set to showcase tanks, bombers, a supersonic drone and a new intercontinental ballistic missile. Xi is expected to watch from the south entrance of Beijing, the same spot where Mao proclaimed the founding of the People's Republic of China.

"We should strictly do things in accordance with the constitution and the basic law," Xi said while addressing a banquet attended by foreign visitors, Chinese ethnic minorities, soldiers, athletes and government officials.

"I believe that with the homeland's full support, and the joint effort of all compatriots who love the country, Hong Kong and Macau, Hong Kong and Macau must develop and progress together with the mainland and become better places in the future," the Chinese president added.

"Core rioters are increasing their violence. The depth and breadth of their violence and plans show that they are increasingly resorting to terrorism," Tse said. Hong Kong officials are anxious that protests on Tuesday could upstage the grand celebrations with as city conitunes to remain on the boil three months after protests first began agaist the extradiction bill which the city government later dropped.