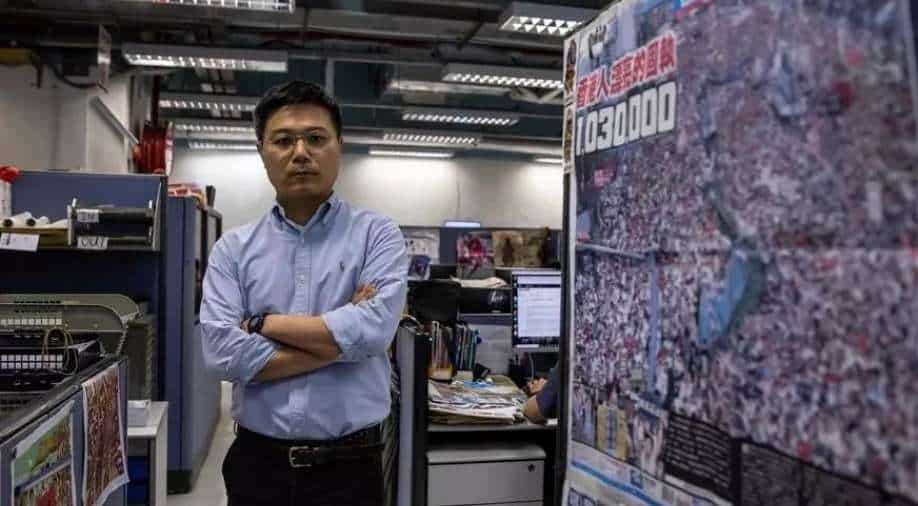 The arrests are the latest in a series of police raids on the popular tabloid and its imprisoned owner, Jimmy Lai

Five people have been arrested, including Ryan Law, the editor-in-chief in the raid that involved dozens of policemen.

The arrests are the latest in a series of police raids on the popular tabloid and its imprisoned owner, democracy activist and tycoon Jimmy Lai.

The newspaper has long been a thorn in China's side, openly supporting the pro-democracy movement in Hong Kong.

The newspaper broadcast live footage of the police raid on its Facebook account. Officers could be seen cordoning off the complex and walking through the building.

"They arrived around 7 am this morning, our building is besieged," an unnamed reporter said in a live commentary with the broadcast. "Now we can see those moving boxes of materials onto their truck."

"Police are restricting us from using quite a lot of our equipment. But we can still keep this live camera on and our website will keep updating," the voice added.

The National Security Department of Hong Kong arrested five directors of the media organisation on suspicion of cooperation with a foreign country, according to a statement released by the Hong Kong government on Thursday.

Four men and a woman, ages 47 to 63, were arrested, according to the statement. There were no more details offered.

Jimmy Lai, the publisher of Apple Daily, was jailed under the same law last year.