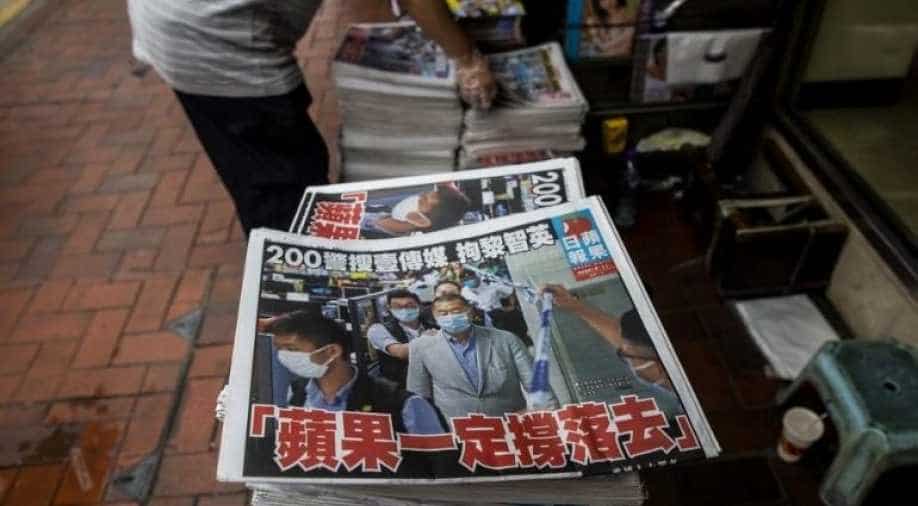 A former editor of the now-defunct Apple Daily pro-democracy newspaper, Lam Man-Chung was arrested on Wednesday by Hong Kong national security officers, weeks after the paper was forced to dissolve when authorities froze its assets.

Since authorities launched a broad probe into the 26-year-old publication founded by jailed media mogul Jimmy Lai Chee-Ying last month, Lam is the ninth top corporate official to be arrested.

It was forced to close after the arrests and the freezing of millions of dollars in assets.

In a statement, police said they had arrested a 51-year-old former newspaper editor for "collusion with foreign forces", a national security crime.

After its top leadership was jailed and its assets were frozen under the security law, Apple Daily, an outspoken supporter of democracy, published its final edition last month.

Lam was the editor in charge of the final edition, which marked the end of the paper's 26-year history.

Apple Daily's reporting and editorials, according to authorities, endorsed calls for international penalties against China, a political stance that is now illegal under the new security law.

Jimmy Lai, the tabloid's owner, is wrongfully imprisoned on charges of collusion, along with two other executives who have been granted bail.

Following months of anti-government protests in 2019, Beijing last year imposed a sweeping national security law in the semi-autonomous city that critics say restricts the freedoms promised to the former British colony that is not found on mainland China. More than 100 pro-democracy supporters have been arrested, and many others fled abroad.