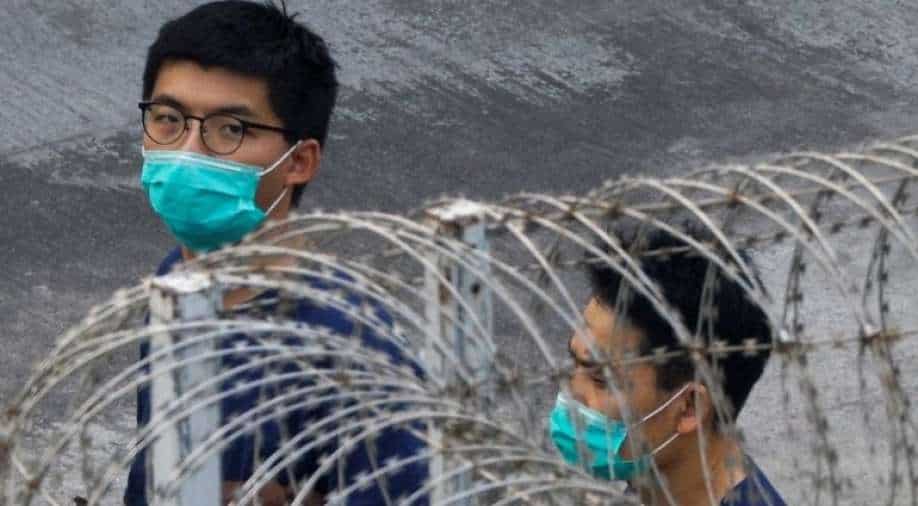 On Thursday, Wong and three other pro-democracy leaders were handed prison terms after they pleaded guilty to unlawful assembly charges last month

Hong Kong's pro-democracy activist Joshua Wong has been given an additional 10-month sentence on Thursday for participating in a protest last year to mark the Tiananmen Square crackdown.

Several protesters were killed in Tiananmen Square in Beijing in 1989, an event that has been condemned globally and played down by China.

Hong Kong has regularly marked the incident's anniversary to denounce China's use of violence against its own citizen, but last year for the first time, the event was banned with police mentioning coronavirus spread and security fears over pro-democracy protests.

However, tens of thousands defied the ban and peacefully gathered at the vigil's traditional site in Victoria Park.

The 15-month sentence was reduced to 10-month as Wong pleaded guilty.

"Freedom of assembly is not unlimited," Judge Stanley Chan said.

Twenty four prominent activists faced prosecution for their participation at the vigil.

Earlier on Thursday, Wong and three other pro-democracy leaders were handed prison terms after they pleaded guilty to unlawful assembly charges last month.

Wong, one of the famous Hong Kong activists, is already serving a 13.5-month jail sentence which was given in December for his participation in anti-government protests in 2019.

Wong was given a 13-1/2 month sentence in December over an unlawful anti-government rally on June 21, 2019.