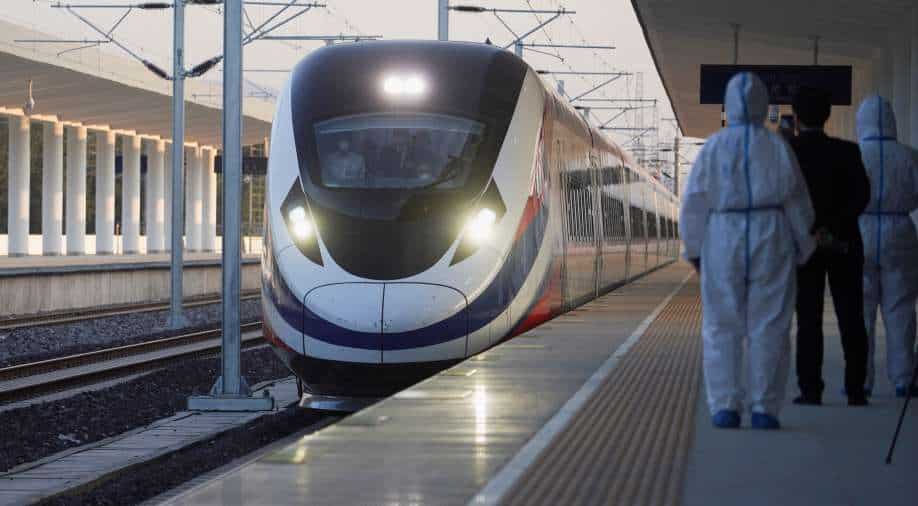 Inaugurating the line, Chinese President Xi Jinping and Lao counterpart Thongloun Sisoulith attended a virtual ceremony. Earlier on the same day, Xi, during a meeting, said that the countries stood at "a new historical starting point".

"China is willing to strengthen strategic communication with Laos, promote the high-quality development of the Belt and Road Initiative, and continue to build an unbreakable China-Laos community with a shared future," he said.

China hopes on expanding the line through Thailand and Malaysia to Singapore. The line has been built by a Chinese state-owned company, with China holding a 70 per cent stake.

Also read | China should be prepared of 'terrible consequences' if it precipitates crisis in Taiwan, says Blinken

As per reports by Xinhua news agency, there are various tunnels and bridges on the route. The bridge ratio stands a 87 per cent in the Chinese section and in the Lao section, it is up to 63 per cent.

The economists have warned that this project could make it difficult for Laos to repay external debt. Scott Morris of the Centre for Global Development in Washington, while speaking to the Associated Press said that this project will generate very positive economic returns for China, whereas, it will be harder to analyse the economic benefits for Laos

However, Laos state news agency KPL claimed that this initiative was an attempt to convert the Southeast Asian country "from a landlocked country to a land-linked one".

Chinese media has said that the project will benefit both countries.