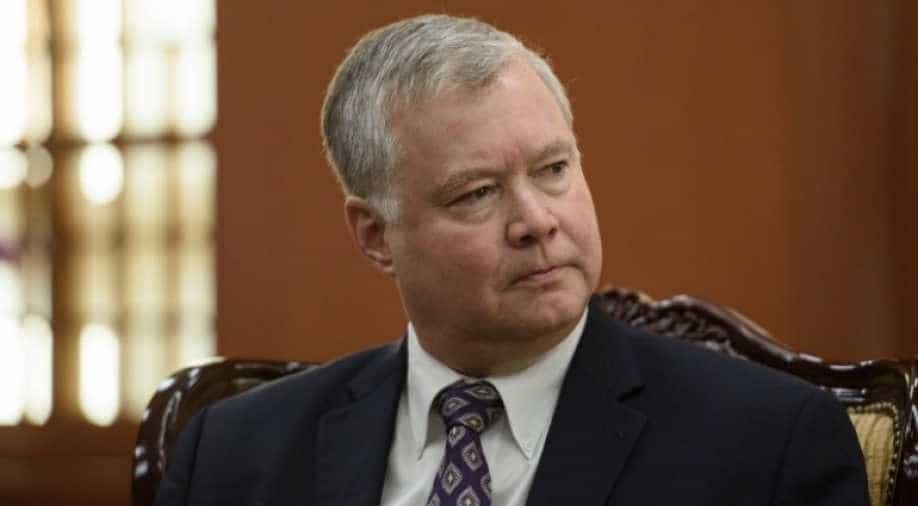 The US State Department said Biegun will meet again with Pyongyang officials ahead of the Trump-Kim talks.

There was still some hard work to be done ahead of the upcoming summit between US President Donald Trump and North Korean leader Kim Jong Un, a Washington envoy said on Saturday.

Stephen Biegun, the US Special Representative for North Korea, said three days of preparatory talks in Pyongyang that ended Friday had been productive, but more dialogue was needed ahead of the summit scheduled for Vietnam from February 27-28.

Biegun on Saturday briefed South Korean Foreign Minister Kang Kyung-hwa on his Pyongyang visit, also confirming the summit would be held in the Vietnamese capital, Hanoi.

"We have some hard work to do with the DPRK," Biegun told Kang, adding: "I'm confident that if both sides stay committed we can make real progress here.

"We don't know where it's going to go, but we are in the midst of a conversation ... our discussions (with Pyongyang) were productive."

Kang told Biegun that the US had South Korea's "full support" for the summit.

The US State Department said Biegun will meet again with Pyongyang officials ahead of the Trump-Kim talks.

Trump earlier announced Hanoi as the venue in a tweet, saying: "I look forward to seeing Chairman Kim & advancing the cause of peace."

At their landmark summit in Singapore last year, the mercurial US and North Korean leaders produced a vaguely worded document in which Kim pledged to work towards "the denuclearization of the Korean peninsula".

On Friday Trump tweeted that North Korea will become a "great Economic Powerhouse" under Kim.

"He may surprise some but he won't surprise me, because I have gotten to know him & fully understand how capable he is," said Trump.