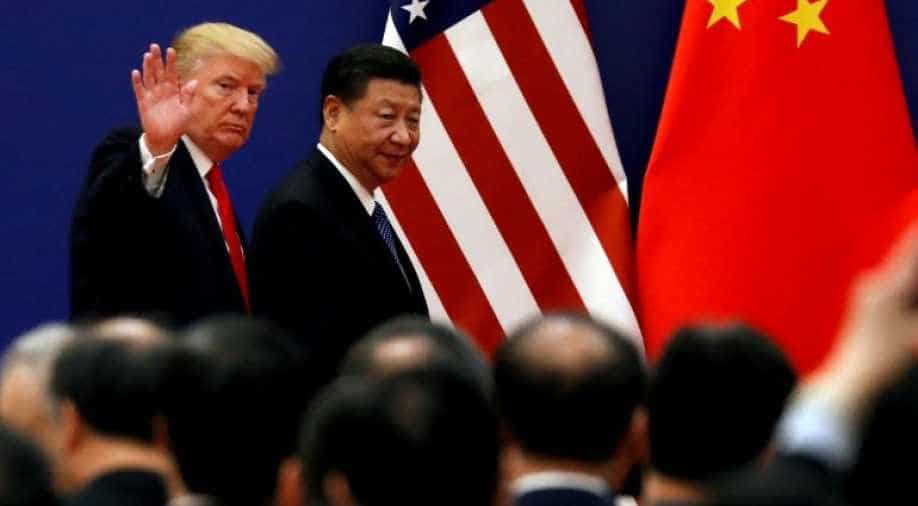 Trade tensions between Washington and Beijing escalated sharply earlier this month after the Trump administration accused China of having 'reneged' on its previous promises to make structural changes to its economic practices.

China's President Xi Jinping and US President Donald Trump are likely to find it "difficult" to make major progress towards ending their countries' trade war when they meet at a G20 summit in Japan in June, a former Chinese central bank chief said on Friday.

Trade tensions between Washington and Beijing escalated sharply earlier this month after the Trump administration accused China of having "reneged" on its previous promises to make structural changes to its economic practices.

Washington later slapped additional tariffs of up to 25% on $200 billion of Chinese goods, prompting Beijing to hit back with additional levies on around $60 billion of US imports due to take effect on Saturday.

Dai Xianglong, who headed the People's Bank of China (PBOC) from 1995-2002 and remains an influential figure in China, told a seminar in Beijing that China-US trade friction was a long-term issue.

China has approached the trade talks with the principles of equality and cooperation, whereas the US approach has been "bullying and America First", Dai said.

"It's hard to reconcile these," he added.

"I expect that next month's meeting of the leaders in Japan it will be difficult to achieve major progress."

Dai said he did not rule out stronger retaliation by China.

Trump has said he is planning on meeting Xi during the G20 summit, set for June 28-29 in Osaka, though China has not formally confirmed this.

Since the latest round of US tariffs, which caught Beijing by surprise, Chinese state media has gone on the offensive.

The People's Daily, the ruling Communist Party's flagship newspaper, warned this week that China was ready to use its dominance of rare earth, crucial minerals used in electronics, to strike back in the trade war.

The increasingly intense public relations battle with the United States with the deluge of sharply worded commentaries and warnings out of China in the last two weeks risks complicating the run-up to any Xi-Trump meeting in Japan.

At the Beijing seminar on Friday, former Chinese vice commerce minister Wei Jianguo said initiating a trade war with China might be the biggest strategic mistake made by the United States since World War II or even it's founding.

There is a need to prepare for the likelihood for the trade war to ratchet up tensions to geopolitical areas including the South China Sea, said Wei, adding that the trade conflict might last for 30 years or even half a century.