Had gut feeling that bin Laden was behind 9/11: Haspel tells senators 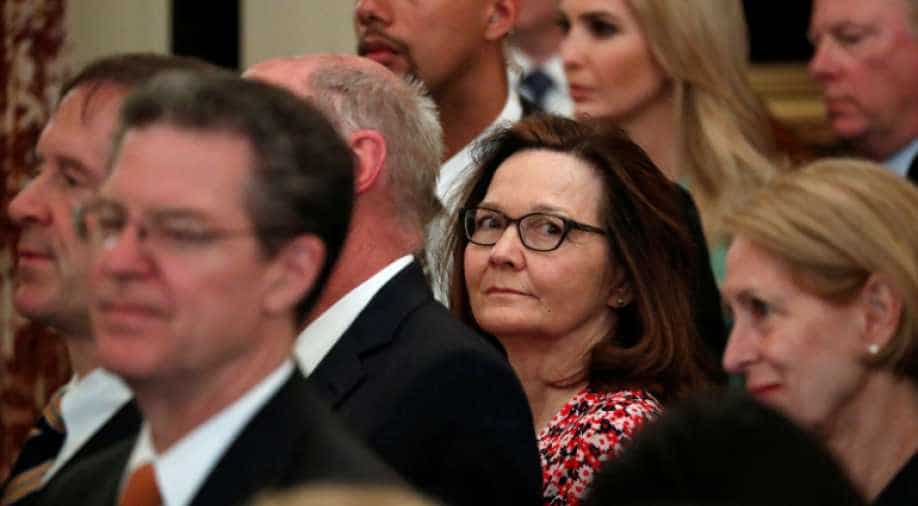 President Donald Trump's nominee for the post of CIA director Gina Haspel said Wednesday that a day after the September 11, 2001 attacks in New York, she had a gut feeling that the terror assault had been masterminded by then al-Qaeda leader Osama bin Laden.

Haspel, who was a mid-level CIA official at the time, stated this during her confirmation hearing before lawmakers.

"For me, I had just returned to Washington from an overseas posting and I reported for duty on the morning of 9/11. I knew in my gut when I saw the video of the first plane hitting the tower in Manhattan that it was bin Laden," Haspel, 62, told members of the Senate Select Committee on Intelligence.

"I got up from my desk and, like many others, walked over to the Counterterrorism Centre and volunteered to help. I didn't leave for three years. We worked seven days a week, and I even had friends who postponed weddings and having babies. The men and women of CIA were driven to prevent another attack," she said sharing her personal experience of working at the CIA with the lawmakers.

"The first boots on the ground in Afghanistan were my colleagues. The first US casualty in Afghanistan was a CIA officer and it was the CIA who identified and captured the mastermind of 9/11 in a brilliant operation. I am proud of our work during that time. The hard lessons we learned from that experience inform my leadership of CIA today," she said.

Haspel faced a volley of questions on her role as a counter-terrorism official and her views on enhanced torture techniques.

"In light of my counterterrorism experience, I understand that what many people around the country want to know about are my views on CIA's former detention and interrogation programme. I have views on this issue, and I want to be clear. Having served in that tumultuous time, I can offer you my personal commitment, clearly and without reservation, that under my leadership the CIA will not restart such a detention and interrogation programme," she told the lawmakers.

She said the CIA has learned some tough lessons, especially when asked to tackle missions that fall outside its expertise.

Today the US government has a clear legal and policy framework that governs detentions and interrogations, she said.

"Specifically, the law provides that no individual in US custody may be subjected to any interrogation technique or approach that is not authorised by and listed in the Army Field Manual," she said.

"I fully support the standards for detainee treatment required by law, and just as importantly, I will keep the CIA focused on our collection and analysis missions that can best leverage the expertise found at the agency," Haspel said.

She said the CIA's strategy starts with strengthening its core business: collecting intelligence to help policymakers protect the country and advance American interests around the globe.

"It includes raising our investment against the most difficult intelligence gaps, putting more officers in the foreign field where our adversaries are, and emphasising foreign language excellence. And, finally, it involves investing in our partnerships both within the US government and around the globe," she said.

"We must do everything we can to follow through on these investments and to make the CIA as effective as it can possibly be because the American people deserve no less than the CIA's best efforts," she added.