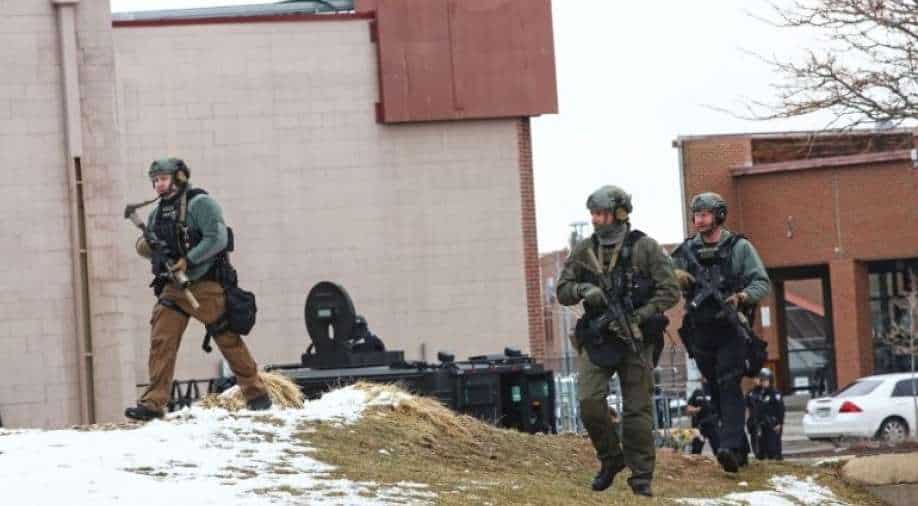 Law enforcement officers sweep the parking lot at the site of a shooting at a King Soopers grocery store in Boulder Photograph:( Reuters )

Boulder police commander Kerry Yamaguchi said the suspect has been taken into custody without specifying the motive for the shooting.

At least ten people were killed after a gunman opened fire in a US grocery store in the western state of Colorado.

DA: Investigation is underway. Crime scene analysts are inside the building processing evidence. No numbers about fatalities will be released until families are notified.

Boulder police commander Kerry Yamaguchi said the suspect has been taken into custody without specifying the motive for the shooting. 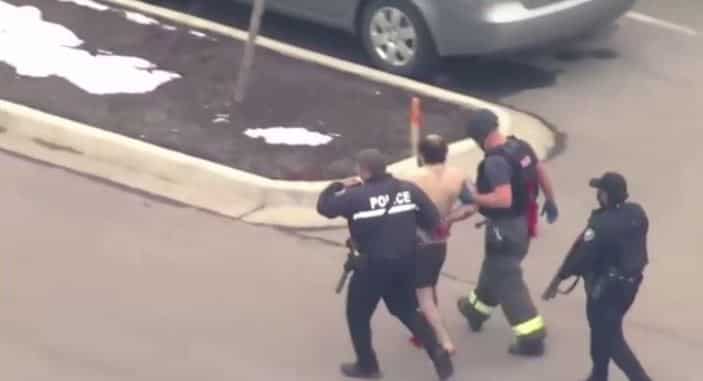 Police: Officers arrived within minutes of 911 call, just before 3 p.m., and entered building "very quickly." Additional info will be released as facts are confirmed.

"We have multiple people who were killed in this incident. And I am sorry to have to report that one of them was a Boulder police officer," Yamaguchi said.

The shooting occurred at King Soopers grocery store in the Table Mesa area of Boulder about 28 miles northwest of Denver.

Boulder police while issuing the alert had said the shooter was an "armed, dangerous individual".

"We know of 10 fatalities at the scene, including one of our Boulder PD officers... officer Tally responded to the scene and was the first on the scene and he was fatally shot," police chief Maris Herold said.