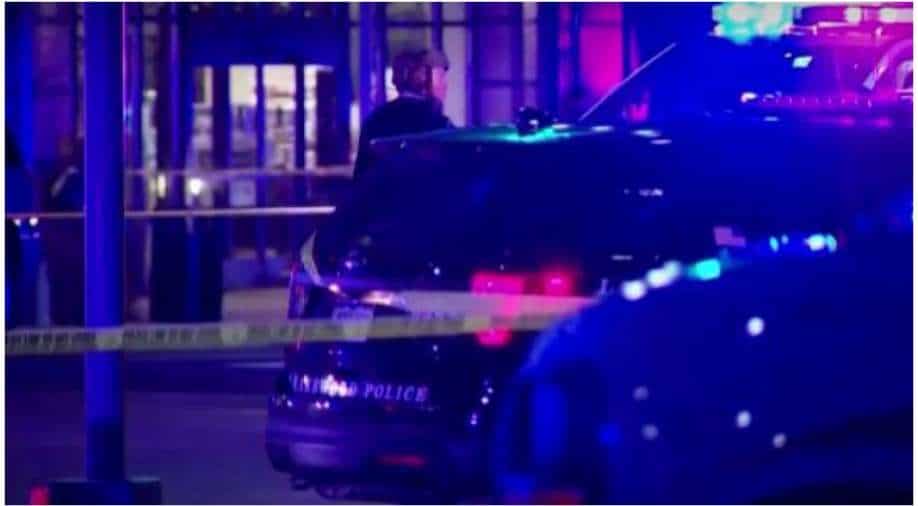 Denver Police vehicles can be seen in this image taken after the shootout that killed 4 Photograph:( Reuters )

It is not yet known why the lone gunman went on a shooting spree. The gunman initially killed two in downtown Denver and then fled in a car after which he killed more people

A lone gunman killed four people in a shooting spree in Denver, USA.  He also wounded three, including a police officer before being shot down by cops. It is not known what was the motive behind the shooting.

The shooting spree began around 5 pm (local time). Police Chief Paul Pazen said that at this time the shooter killed two women and wounded a man near downtown Denver.

The suspect then fled in a car and fatally shot a man in east Denver's Cheesman Park neighbourhood before opening fire again in a west Denver community where no one was hit, Pazen said. According to Pazen, the suspect twice exchanged gunfire from his vehicle with Denver officers pursuing him, disabling a police cruiser.

From there, the gunman drove into the neighbouring city of Lakewood, where he shot and killed a fourth person inside an unspecified business, according to Lakewood Police spokesman John Romero.

Romero said that the gunman fled from Lakewood police when they attempted to pull him over and engaged in a running gun battle with officers before fleeing on foot and entering a hotel, where he shot and wounded a clerk.

He then shot at police officers again, wounding one of them, before police shot him dead, Romero told reporters. Authorities did not publicly identify the suspect and said circumstances leading to the shooting remained under investigation.

The conditions of the wounded officer and civilians were not immediately known, Romero said.