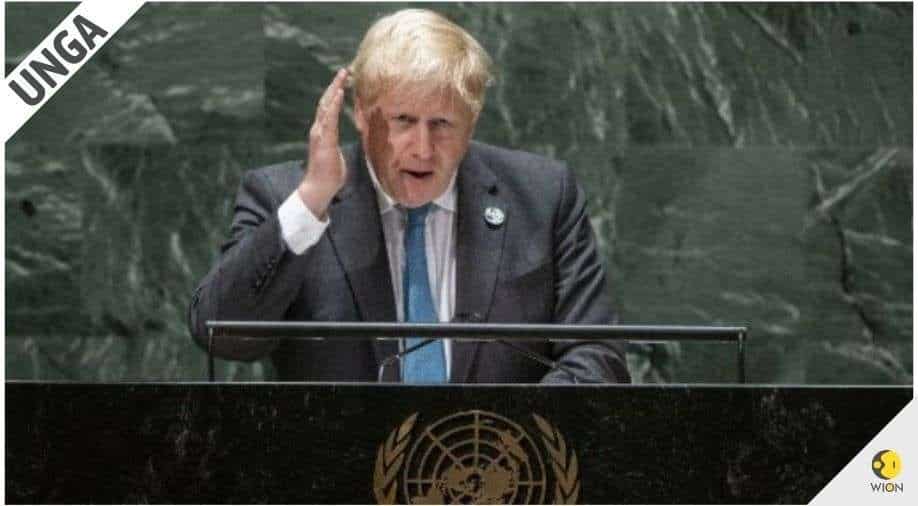 "We need all countries, every single one of you, to step up and commit to very substantial reductions by 2030, and I am absolutely convinced, I passionately believe that we can do it by making commitments in four areas and I want you to remember them - coal, cars, cash and trees," he said.

"We will have made this beautiful planet effectively uninhabitable -- not just for us but for many other species," he told the General Assembly.

"And that is why the Glasgow COP26 summit is the turning point for humanity," he said,

UN COP26 is aiming to encourage much more ambitious global climate action. The conference is taking place amid warnings from scientists that global warming is spiralling out of control.

Also Read | Not aware of any concerns being raised by the UK, says India's top health official on vaccine certification issue

"We must show that we are capable of learning and maturing and finally taking responsibility for the destruction we are inflicting, not just upon our planet, but upon ourselves. It's time for humanity to grow up," Johnson said.

Johnson hailed a pledge made a day earlier by Chinese President Xi Jinping to end coal financing overseas and urged the world's largest emitter also to end its own growing use of coal. He even stated that he did not see that a pro-environment approach was a pretext to be used against capitalism

A UN analysis of country under the 2015 Paris agreement on climate on Friday (September 17) showed global emissions would be 16% higher in 2030 than they were in 2010 - far off the 45% reduction by 2030 that scientists say is needed to stave off disastrous climate change.