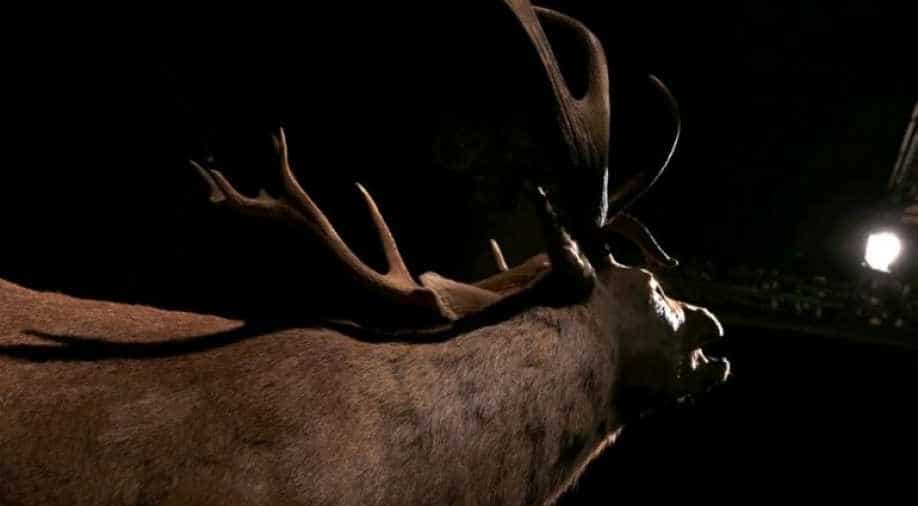 A stuffed caribou which bells, part of its seduction ritual, is on display at the Palais de la Decouverte (scientific museum) in Paris on October 23, 2012 as part of the exhibition "Betes de sexe" (Sexual beasts) dedicated to the sexual life of animals. T Photograph:( AFP )

The mountain caribou has roamed snowy territories for years, but has recently been marred with declining populations

Canada’s famous “grey ghosts”, or as how the most world knows them - caribou may disappear forever in the foreseeable future. The caribou is famous for sturdily navigating across the snow, and taking charge of cold forests. However, their population has declined tremendously over the last few years.

There are many factors in play for this potential extinction, the biggest being wolves. Yes, wolves attack the caribou and may have been responsible for a mass murder of the species. The government took this seriously. In 2015, British Columbia went as far as putting bounties on wolves. This, in turn, led to the murder of over thousand wolves.

New facts have emerged, after a study conducted by the University of Alberta, which claims that this purge of predatory wolves has done little to change the ground reality. The mountain caribou has roamed snowy territories for years, but has recently been marred with declining populations. 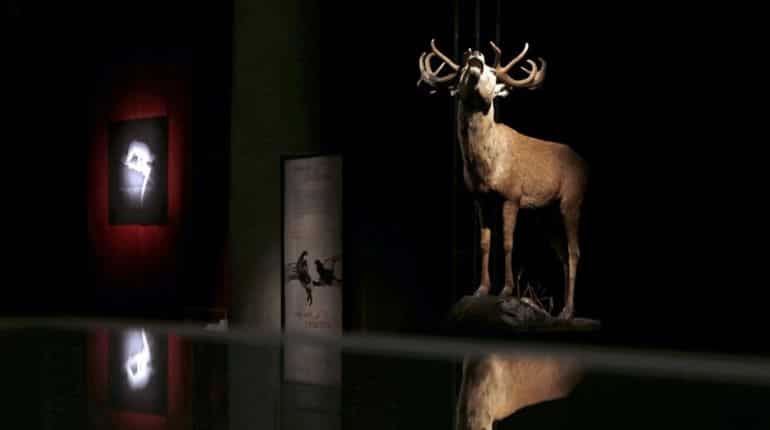 A stuffed caribou which bells, part of its seduction ritual, is on display at the Palais de la Decouverte (scientific museum) in Paris on October 23, 2012 as part of the exhibition "Betes de sexe" (Sexual beasts) dedicated to the sexual life of animals. The event runs from October 23 to August 25, 2013 | AFP

According to scientists, this may be blamed on the loss of habitat, which could have been a product of human activity, along with of course, predatory wolves. Additionally, when humans navigate through snow, they leave behind trails of ski vehicles, which may set off a path for the wolves to follow.

Only 46,000 mountain caribou remain in the forest now, with no more sightings being reported in the United States. The animal can only be found in Canada. In the central and southern regions, the animal has been declared endangered.

A study from 2019 believes this can be reversed by a mass purge of wolves, and by creating fencing around pregnant caribous to prevent them from getting killed. Following this, the Canadian government has killed 460 wolves in the last year.

However, new research claims that this simply isn’t enough. Published recently in the journal Biology and Conservation, it claims that there is no proof any culling or protective measures will work. It also found that caribous are being preyed on not by wolves, but by bears, cougars, and wolverines.

In fact, researches found that habitat degradation, including mass cutting of logs is a major contributing factor. When old trees are cut down, a source of food is lost for the caribous, which also serve as a shelter for the same. And this is an imperative detail because the major food of caribous, the “lichen”, requires trees to mature for more than 80 years, which is being disrupted by loggers.

Ironically, the government had permitted logging of over 900 square kilometres of land listed as a critical caribou habitat.