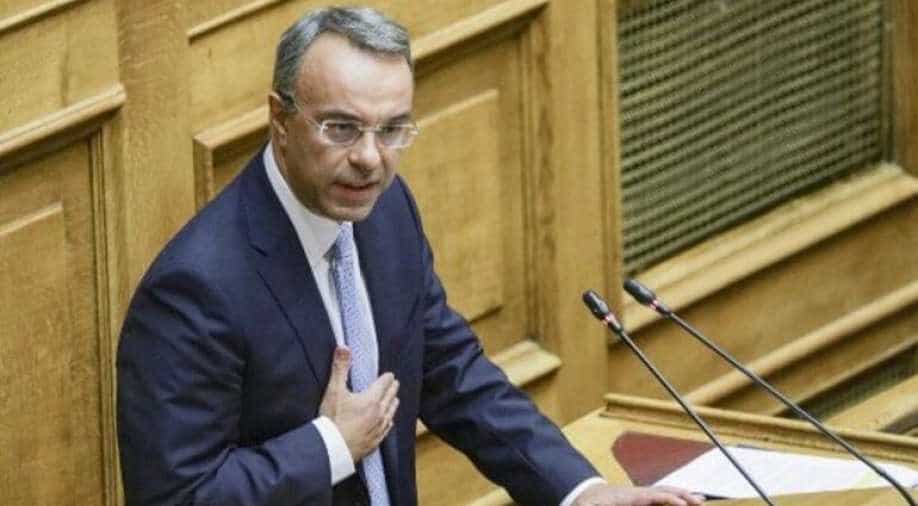 Greece's new center-right finance minister Christos Staikouras made his request at his first meeting with his eurozone counterparts since taking office in July.

Greece on Friday sought permission from the eurozone to repay loans to the IMF before their maturity date, a move Athens hopes will rebuild international trust in its economy.

Greece's new center-right finance minister Christos Staikouras made his request at his first meeting with his eurozone counterparts since taking office in July.

"I welcome such an early repayment for a very simple reason: because it increases the debt sustainability of Greece," said Klaus Regling, the head of the European Stability Mechanism, the eurozone's bailout fund.

Regling said once officially launched, the approval process would take about two months.

Regling's ESM, which is governed by the eurozone 19 finance ministers, holds most of the public debt owed by Greece after a decade of EU and IMF bailouts.

Greece's overspending triggered a major eurozone crisis a decade ago and nearly led to the demise of the single currency bloc.

Since then, Athens has carried out painful reforms in exchange for three bailouts worth 289 billion euros ($330 billion) from the European Union, the European Central Bank, and the International Monetary Fund.

The country exited its third and final international bailout in August 2018.

According to Bloomberg, the government hopes to pay off 2.9 billion euros of the remaining 8.8 billion Greece owes the Washington-based IMF.

Some of the loans demand rates of over 5 percent pushing the market-friendly government to seek cheaper terms.