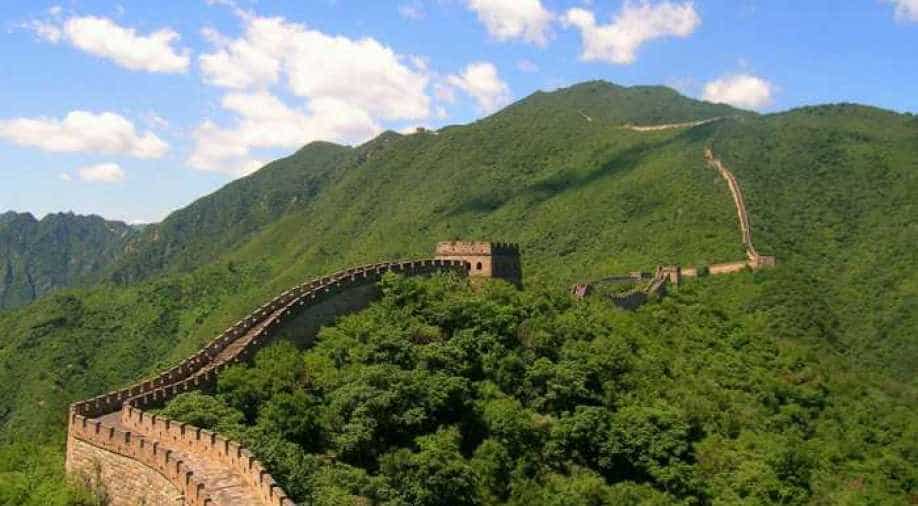 50 per cent of the original ancient structure has already disappeared while another 30 per cent is 'crumbling' into ruins, according to National Geographic.

China's Great Wall erected to protect the Chinese states and empires against the raids and invasions of the various nomadic groups is crumbling, according to reports.

50 per cent of the original ancient structure has already disappeared while another 30 per cent is 'crumbling' into ruins, according to National Geographic.

Chinese authorities have deployed drones in order to reach some of the most vulnerable sections of the ancient wall especially deteriorating portions that people have been completely cut off from or that remain too dangerous to traverse.

The drones have allowed Chinese authorities to map and measure sections of the wall, offering precise data that is already being used to rehabilitate a structure that is widely recognized as one of mankind's greatest feats of engineering, the BBC reported in a video published recently.

Data collected by the drones have helped workers build support structures for vulnerable sections of the wall, the BBC reported.

"Some sections of the Great Wall are very dangerous," Peng told the BBC. "Using drones, we can measure lengths and undulations."

"It's such a complex structure," he added. "We need to study arrow holes, battlements, floor designs and even lime content."