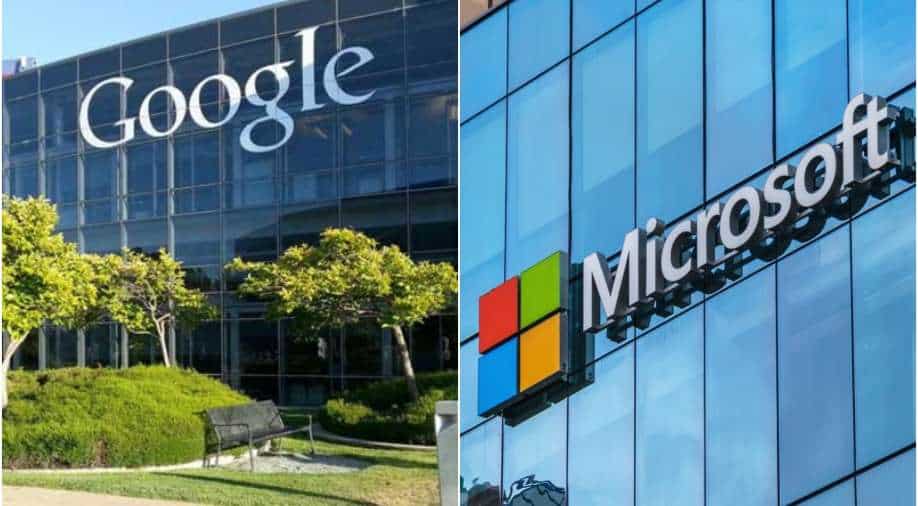 Google and Facebook have resisted mandatory payments, while Microsoft has taken a more collaborative stance.

Google has accused Microsoft of "distraction" for siding with governments seeking to force tech platforms to pay media organizations for news content.

Google and Facebook have resisted mandatory payments, while Microsoft has taken a more collaborative stance.

In a blog post on Friday, Google argued that Microsoft was trying to divert attention from a potentially devastating attack on Exchange emails servers by hackers taking advantage of software vulnerabilities.

The comments came amid a heated battle of words over efforts in Australia and elsewhere to require digital services to negotiate payments for news content.

Google senior vice president of global affairs Kent Walker fired back in the blog post, saying, "[Microsoft is] now making self-serving claims and are even willing to break the way the open web works in an effort to undercut a rival."

Walker added, "This important debate should be about the substance of the issue, and not derailed by naked corporate opportunism."

In his letter, Smith lauded the role news organisations play in defending democracy and contended that the "internet gutted the already ailing local news business by devouring advertising revenue and luring away paid subscribers."

Microsoft has lobbied for other countries to follow Australia's lead in calling for news outlets to be paid for stories published online, a move opposed by Facebook and Google.

Backers of Google and Facebook have claimed that mandatory payments for news links would fundamentally change the way the internet works and ultimately be detrimental to free online services.