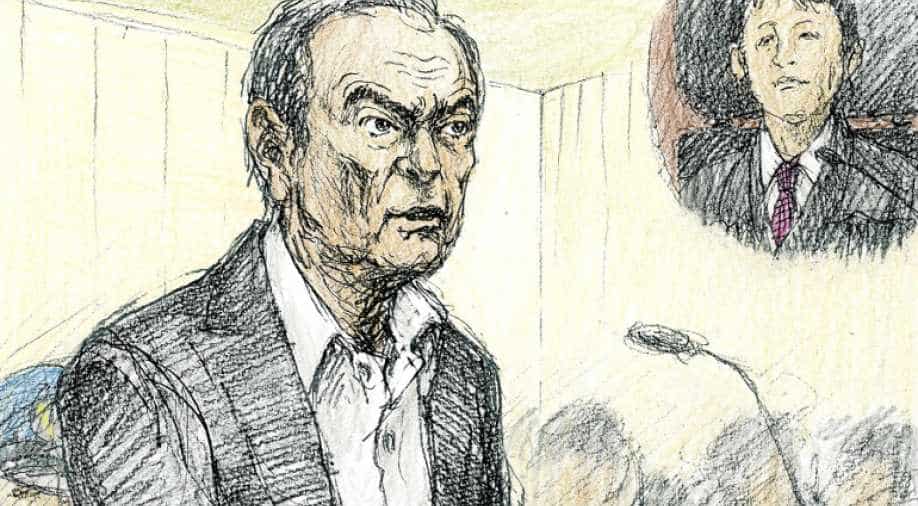 The former executive - once lauded for rescuing a near-bankrupt Nissan - was charged with aggravated breach of trust for temporarily transferring personal investment losses to the automaker in 2008, and for understating his compensation for three years through March 2018, prosecutors said.

Defence lawyers for Nissan ex-Chairman Carlos Ghosn said they will seek his release on bail after Tokyo prosecutors indicted him on Friday on two new charges of financial misconduct.

The former executive - once lauded for rescuing a near-bankrupt Nissan - was charged with aggravated breach of trust for temporarily transferring personal investment losses to the automaker in 2008, and for understating his compensation for three years through March 2018, prosecutors said.

The charges were widely expected after Ghosn's arrest for those allegations last month. Under Japanese law, suspects can be held for 23 days before being formally charged.

Ghosn, Kelly and Nissan have already been indicted for under-reporting Ghosn's income for the five years through 2015.

"This second indictment for Kelly comes as no surprise as it merely makes what was a five year period for the first into eight years," said Kelly's lawyer Yoichi Kitamura.

Kelly, who was hospitalised for treatment of a neck problem immediately after his release, cannot leave the country without special permission. He has denied the allegations.

Kitamura said he expects Ghosn and Kelly to be tried together on the two charges and that he will work closely with Ghosn's legal team to prepare for the trial.

In a court hearing on Tuesday, Ghosn denied the allegations, calling them "meritless" and "unsubstantiated".

Ghosn in court said he had asked Nissan to temporarily take on his foreign exchange contracts after the 2008-2009 financial crisis prompted his bank to call for more collateral. He said he did this to avoid having to resign and use his retirement allowance for collateral.

Motonari Otsuru, the head of Ghosn's legal team, said on Tuesday that Nissan had agreed to the arrangement on condition that any losses or gains would be Ghosn's. Ghosn said the contracts were transferred back to him and that Nissan did not incur a loss.

In response to the charges, Nissan said in a statement that it "takes this situation extremely seriously and expresses its deepest regret for any concern caused to its stakeholders."

It said it would "continue its efforts to strengthen its governance and compliance, including making accurate disclosures of corporate information."

As for Ghosn's alleged shifting of investment losses to Nissan, the company said it "does not in any way tolerate such misconduct and calls for strict penalties."

Otsuru said on Friday his team would apply for bail for Ghosn. However, it is uncommon for defendants in Japan who deny their charges to be granted bail ahead of trial.

Otsuru earlier this week said Ghosn would likely be held until the trial, which he said could begin in about six months.

Even if bail were granted, Ghosn would not likely be released until Tuesday given that Monday is public holiday, and all banks will be closed through the long weekend.

The boards of Nissan and its French 43.4 per cent owner, Renault SA, met on Thursday for an update on the Ghosn investigations, with Nissan later saying it remained committed to an alliance which has been strained by the case.

Also on Thursday, Ghosn's wife, Carole, issued a statement on his continued detention, asking Japanese authorities for more information on her husband's health after he ran a fever, saying she was worried about his recovery.