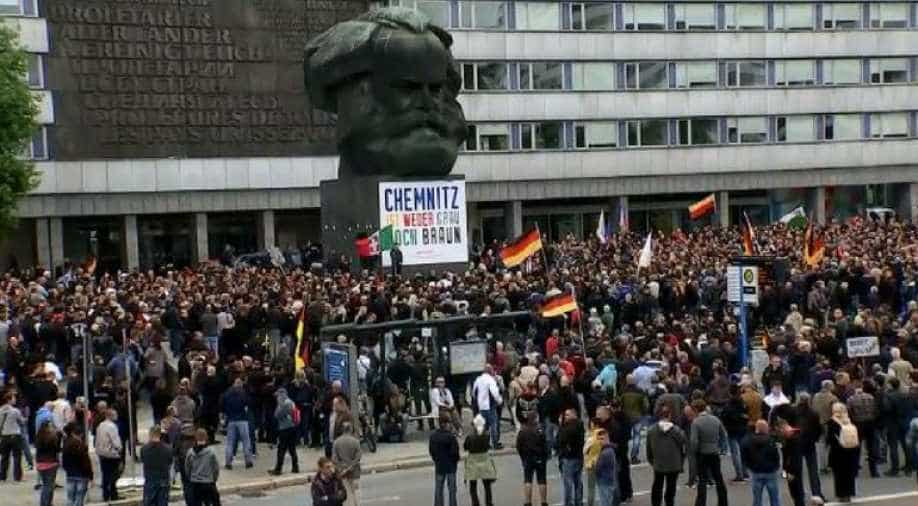 The agency will check whether the anti-immigrant party's policies breach constitutional safeguards against extremism.

The BfV has classified Germany's main opposition party as a "case to investigate", domestic intelligence chief Thomas Haldenwang said, but the probe would fall short of full-blown surveillance of the AfD.

Germany's constitution contains strict protections against extremism, allowing for the close monitoring and even the outlawing of far-left or far-right parties. The measure is rare, though the BfV has previously monitored other political parties.

The AfD surged into the national parliament in a 2017 election, drawing votes from mainstream parties by focusing on voters' concerns over immigration. It is represented in all 16 of Germany's regional parliaments.

"The BfV has initial indications that the AfD's policies are against the democratic constitutional order," Haldenwang told a news conference in Berlin.

"But those indications are not sufficiently concentrated to start monitoring the party using espionage methods," he said.

Hoecke has decried Germany's main memorial to Holocaust victims as a "monument of shame". The BfV said some members close to Hoecke had ties to organisations that have already been classified as extremist.

"Whoever discriminates against people on the basis of their origins is being racist and nationalist. Parts of the AfD are a case for the domestic intelligence office," Foreign Minister Heiko Maas tweeted, alluding to the report.

"But observing them won't solve the problems. Above all we need to deal with the AfD objectively and politically."

Haldenwang said the BfV was concerned by a increase in momentum among right-wing extremist groups in recent years.

The German state of Thuringia said in September it would examine whether the regional chapter of the AfD was pursuing unconstitutional goals.

At that time, the states of Lower Saxony and Bremen also said their own security services tasked with policing unconstitutional activity had placed the regional chapters of the AfD's youth wing under surveillance because of suspected ties to extremists.