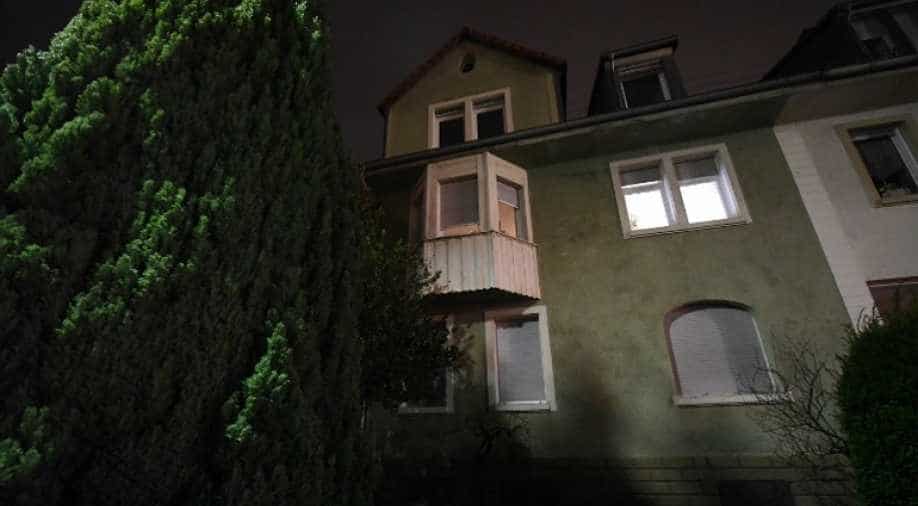 A picture taken on December 20, 2017 shows a view of the house that has been searched by policemen after they arrested a man planning to carry out a ramming attack in Karlsruhe. Photograph:( AFP )

German police said they arrested Wednesday a man planning to carry out a ramming attack in the name of the Islamic State group on the crowds outside a skating rink.

The 29-year-old suspect, a German national, was believed to have scouted the target in the southern German city of Karlsruhe in August and allegedly tried to get a delivery driver job in preparation.

The prosecutors said that between April and July 2015 he disseminated IS propaganda videos online. That same year he left Germany for the first time to travel to Iraq, returning home in March 2016.

He made a second trip in June 2016 during which he pledged allegiance to IS and underwent weapons training before coming back to Germany in July 2017.

His arrest came the day after the first anniversary of the Christmas market attack in Berlin that killed 12 people and wounded hundreds.

Rejected asylum seeker Anis Amri, a Tunisian, ploughed a truck into the market on December 19, 2016 before being shot dead while on the run days later in Italy.

In a recent interview, German domestic intelligence chief Hans-Georg Maassen said the country was not immune from a new attack, with some 1,900 individuals in Germany suspected of having ties with jihadists.