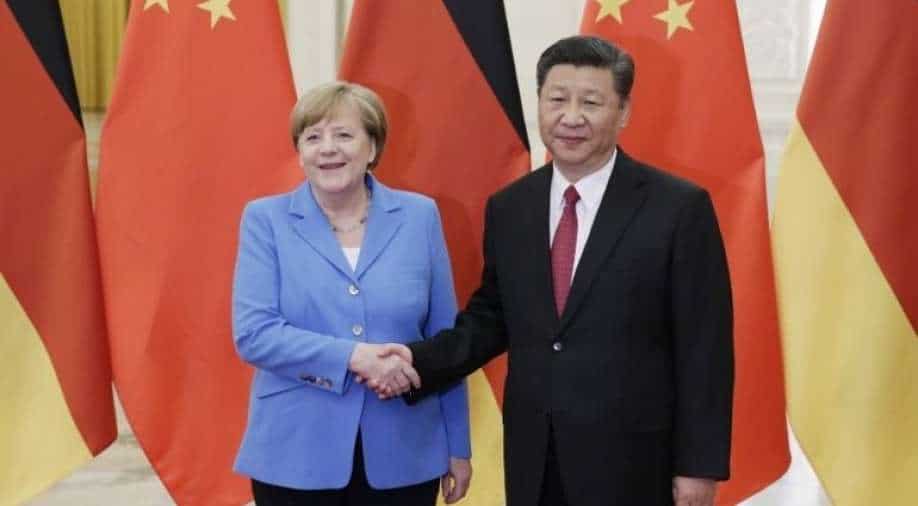 China's President Xi Jinping (R) meets German Chancellor Angela Merkel at the Great Hall of the People in Beijing on May 24, 2018. Photograph:( AFP )

This was done in order to protect national security concerns, as per a government document seen by Reuters o Tuesday.

Tensions between Germany and China remain very high currently. Even though both the countries have maintained close trade ties in the last  few years, they are warring over fair trade practices, especially concerning state-backed enterprises, and the limitations on market access.

Germany perceives IMST as the key provider of satellite communication in the country. The country also depends on IMST for radar and radio technology. A government document that their technological prowess is important for national security.

Additionally, IMST’s knowledge in the domain is critical to the construction of infrastructure around the country - especially in terms of building 5G and 6G networks, according to the document.

"IMST is also an important partner of the German Aerospace Center (DLR). In various cases, IMST's products and services were also the subject of deliveries to the Bundeswehr armed forces," the document said.

A spokesperson for the German economy ministry claimed that the cabinet had met recently to block a foreign investment by a non-European investor on the grounds of potential threats to national security, without naming the company directly.

According to the Chinese foreign ministry, they had no knowledge of the case, but added that they encourage companies to undertake “mutually beneficial” investment overseas.

"We hope that countries including Germany will provide Chinese companies that are operating normally with a fair, open and non-discriminatory market environment, and not politicize normal economic and trade cooperation, (or) use 'national security' as a pretext to engage in protectionism," the statement added.