German or French? Switzerland's town votes to decide its fate of nationality 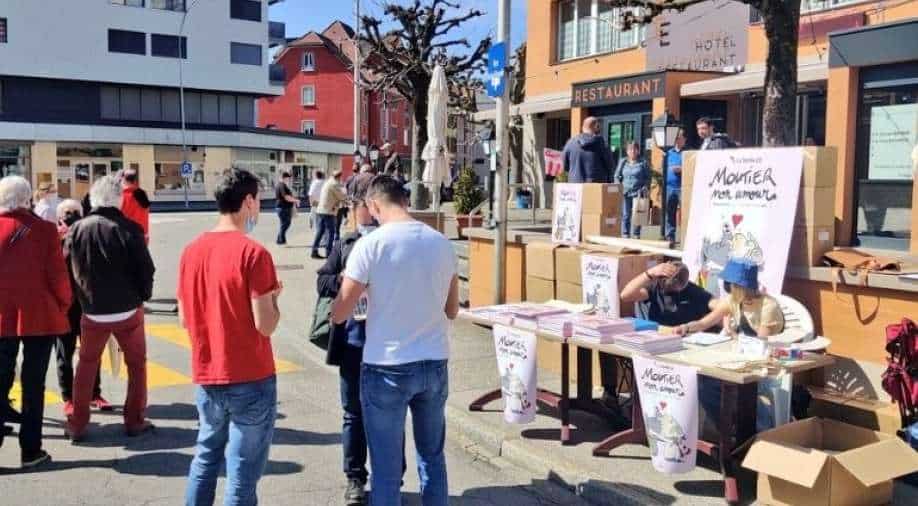 In 1978, when Switzerland established a French-speaking canton of Jura, a handful of districts opted to stay with the German-speaking Bern. Moutier was one such town

Residents of a small town in Switzerland voted in a referendum to decide whether they will be citizens of Germany or France.

Located in northwestern Switzerland, the town of Moutier has a population of 7,500. The issue of whether the town should remain a part of the German-speaking canton or join the French-speaking one has been an underlying issue for decades.

In 1978, when Switzerland established a French-speaking canton of Jura, a handful of districts opted to stay with the German-speaking Bern. Moutier was one such town.

However, separatist administrations have been hoping to break away from Bern for a long now, and they believe the town would progress more as a part of the French-speaking canton of Jura.

Before this, a referendum was put to vote in 2017 but was immediately overturned because of electoral irregularities. In the 2017 referendum, only a small amount of people had voted to join the Jura.

This time, the security forces took the charge of assuring that there are no irregularities in this year's vote.

However, a local media house, RTS, reported that the television channel had received a letter from the canton of Bern to the federal authorities claiming that a suspicious and unexpected influx of residents in Moutier has been observed in recent days.

These residents were "people... for whom it is difficult to understand their connections with Moutier," RTS claims the letter reported.